When REM played in a Roller Skating rink on Long Island 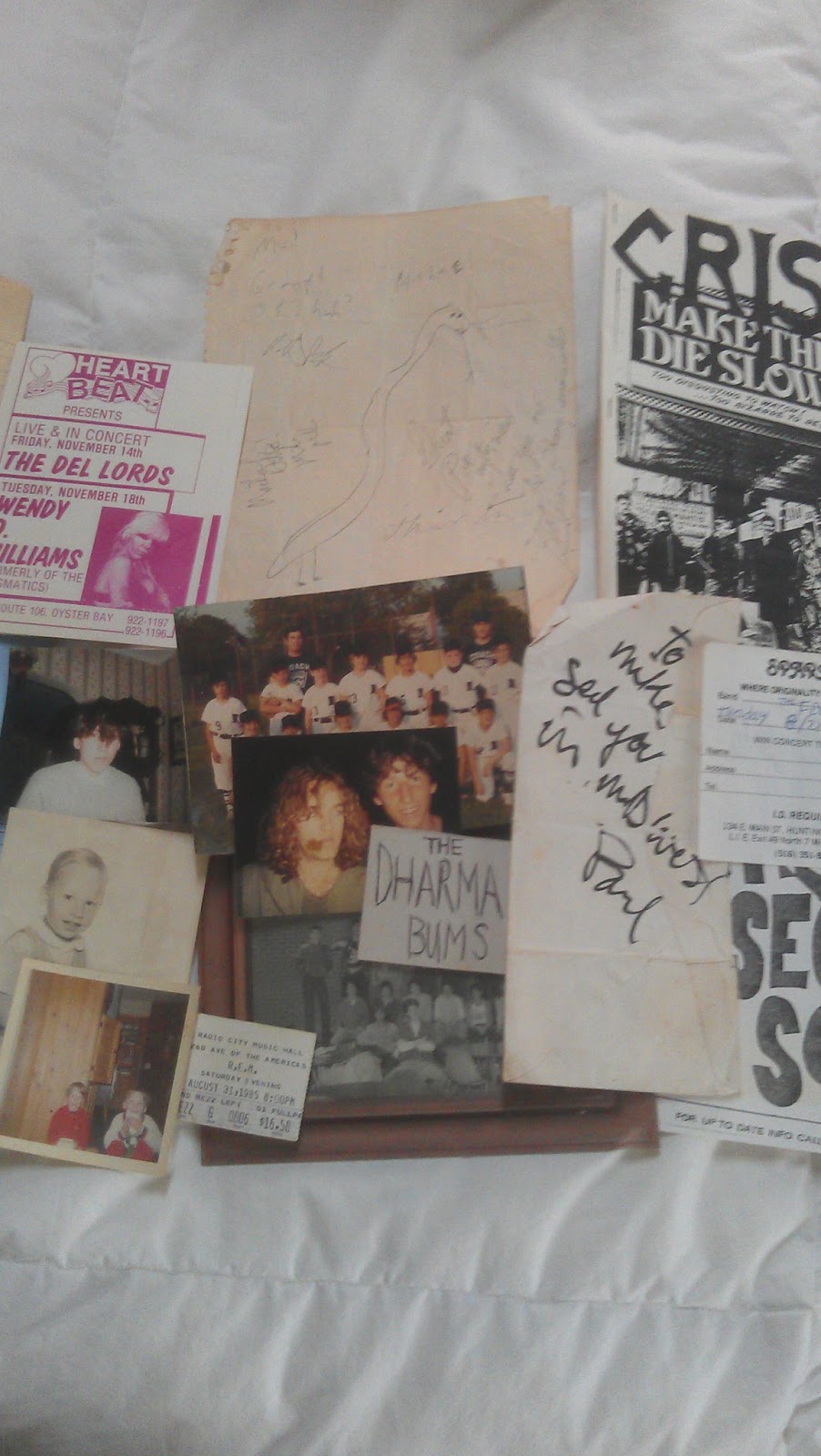 Yesterday, I dug out of the ton of snow.  We have a chicken in our neighborhood and I found it on top of one of the stone white lions that sit on the sides of our front steps.  It nervously looked at me before flying off into the tree, well aware it couldn’t escape by running away.   The night before the kids asked me if I could get it and bring it inside.  “It will rip your eyes out if it had the chance.”  This is no ordinary chicken; this was a street wise punk who picks up scraps when the opportunity strikes.  He struts like he owns the block.  He may be tough but he is a survivor living through this storm as well as Sandy.   The estimate is 30 inches of snow fell in our area.  It was the hardest hit on Long Island.  There was the stifled silence which I felt when I sneaked under the snow laden limb to toss bird seed onto the snow.  Yes, I feed the birds. The silence reminded me of building a snow fort when I was 9, eating my dinner inside the hollow chamber with a flickering candle.  I was separated from the outside world, it was warm in that fort, my brother or sisters could not penetrate the thick walls; until the sun melted away the privacy and space into the spring soil.  This weekend has been a change.  On Thursday night I picked Amanda up at JFK, we stopped in Huntington and ate a late dinner at Mundey’s and picked up a book at Book Revue.  We made it home by 9ish.  Bella wrote a Welcome Home sign for her.  Friday morning the storm was coming.  Even in the snow we prepared and dropped off the kids at their schools.  I worked from home since the predictions called for more than two feet in the area.  The kids were let out from school early.  Joe’s performance at the high school, Sound of Music was called off on Friday and Saturday.  The snow and winds came.  I spent hours shoveling out a path to the driveway and then the whole driveway and then the cars.  The show was piled to the top of the trunk.  Eventually my muscles waved white flags, cease and desist.  I thought of my parents on Bellecrest Avenue and felt relieved to know my Brother-In-Law was there to shovel them out. I heard of cars abandoned on the expressway and Route 83 and 347.  People were stranded in their cars.  For the first time in the twelve years we have lived on this block, our road was not plowed.  Even now a full twenty four hours after the snow and thunder, the road is still treacherous.  No church this morning.  The cable and phone and internet are out.  The cord snapped off the pole.  I pulled the thick plastic cord off the road and wrapped it around a fence post.  We are left to DVD’s and games and talking to each other.  It’s a weekend you’d imagine you’d like.  As the years passed - we have been busy with distractions and events.  I felt that emotional tug; I’d like a day when I had nothing to do.  There is hardly a day for that - nothing to do - especially when you’re home.  I found myself organizing the file cabinet, finding old bills and old pictures.   I may bring them in since I told Beth there was a picture of me and Shane from The Pogues…it’s Sunday…and there is nothing to do or so I thought till I wanted to jot down some thoughts. 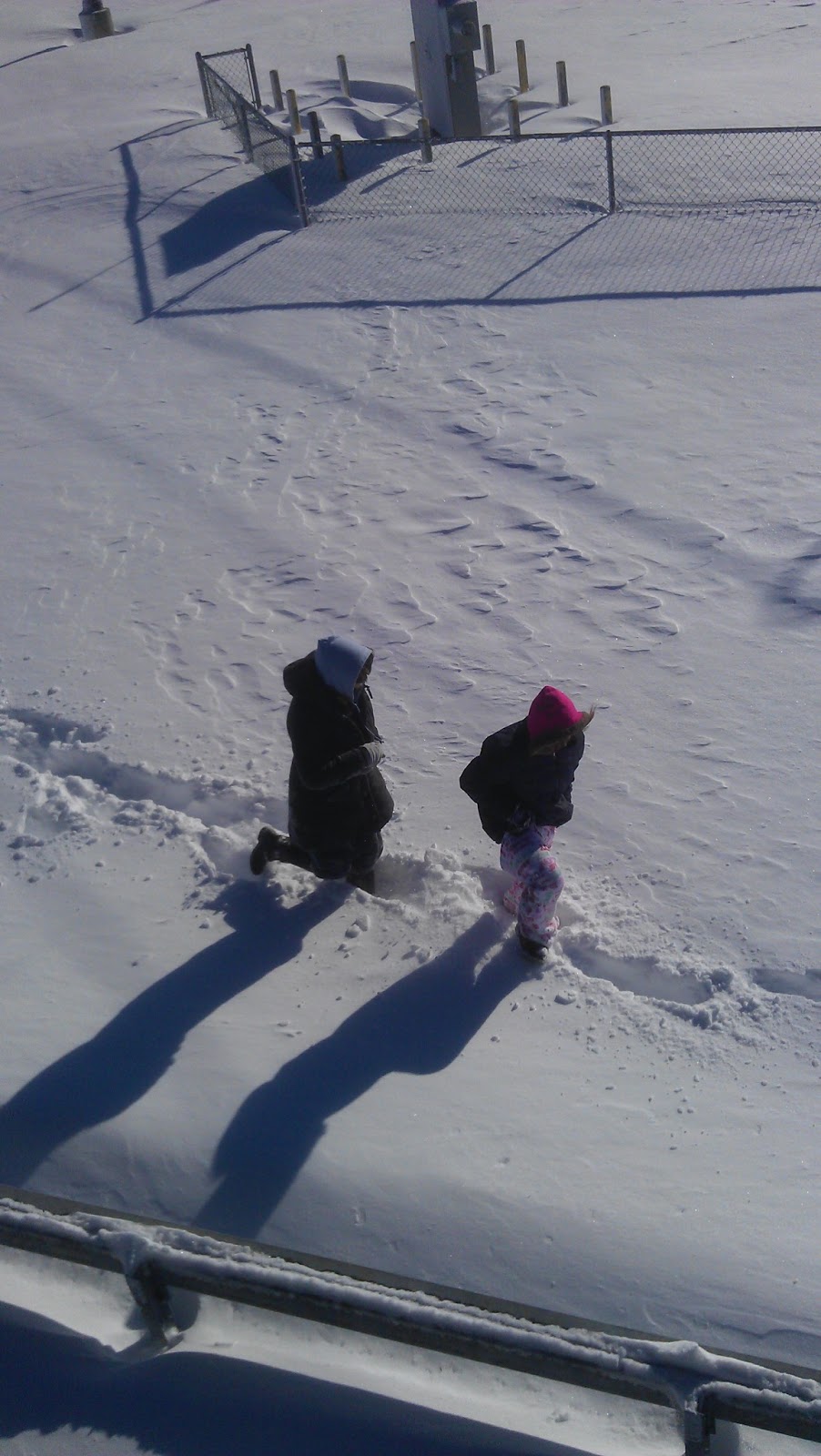