This was a date we have planned for years.  I’m not joking.  The goal was to see a play and spend the night in Manhattan.  We had tickets to see If/Then back in September.  Back then it would have been the first time we would see Idina Menzel, and as fans of Wicked and (in Ali’s case) RENT – we were excited with the possibility.  But, while waiting on line to enter the theatre an older gentleman in front of us turned around and said in only the brutal and blunt way a true New Yorker can express his aggravation, “Can you believe it?   She’s not performing.”  Who?  We asked.  “Idina Menzel.  They’d (a theater rep) come around and you can see tonight’s performance with some schlep and come back for another or get a full refund.  I’m getting my money.  She’s known to bail out on too many performances, finds any excuse in the book!”  Ali and I took the rain check and within a minute Ali received a call from Emma Tess who was on her way to the hospital from Hofstra; she bit through her bottom lip.  Off we went.  Back we came. Last Saturday.  We checked the minivan and our bags in at the hotel and walked up to the theater.  We sliced through the distracted tourists on Times Square as well the annoying characters that loomed outside Toy’s R Us in the frigid air.  Who can do this for a living?  Two short women wore large character heads on top of their small heads as if they had fish bowls.  They appeared frozen as winds whipped around their lopped sided heads.  Who were they supposed to be?  Maybe the character from Frozen?  I don’t know. There were two bat men, Spider men, and the rest of the insane posy.  We made it to the theater and witnessed an amazing performance from five rows back.  The musical was excellent.   It also stars LaChanze, who won the Tony a few years back as well as Anthony Rapp.  Instead of waiting for signatures, we headed back to the hotel and checked into our room.  The view from our window was the back of another building although we were 26 floors up.  It was a small room, but we were not in the city to watch TV.  After lounging for a few minutes we headed back out in the frozen tundra and walked to Junior’s where we hoped to have dinner.  Forty minutes?  We’re not waiting.  We ate dinner at the Brooklyn Diner, no wait and the food was pretty good. I had a veggie dish and a couple of beers.  Ali had her typical burger and fries and Coke.  We headed back out and saw the second play, Constellations which blew us away.  It was as if we were watching two dancers, sometimes intoxicated and others times, aggressive, sensual, witty, shy, vulnerable as their world shocked them out of their personas.   For just over an hour we sat spell bound by Jake Gyllenhaal and Ruth Wilson.  After this performance we waited for them afterwards and Ali got her Playbill signed as I snapped some 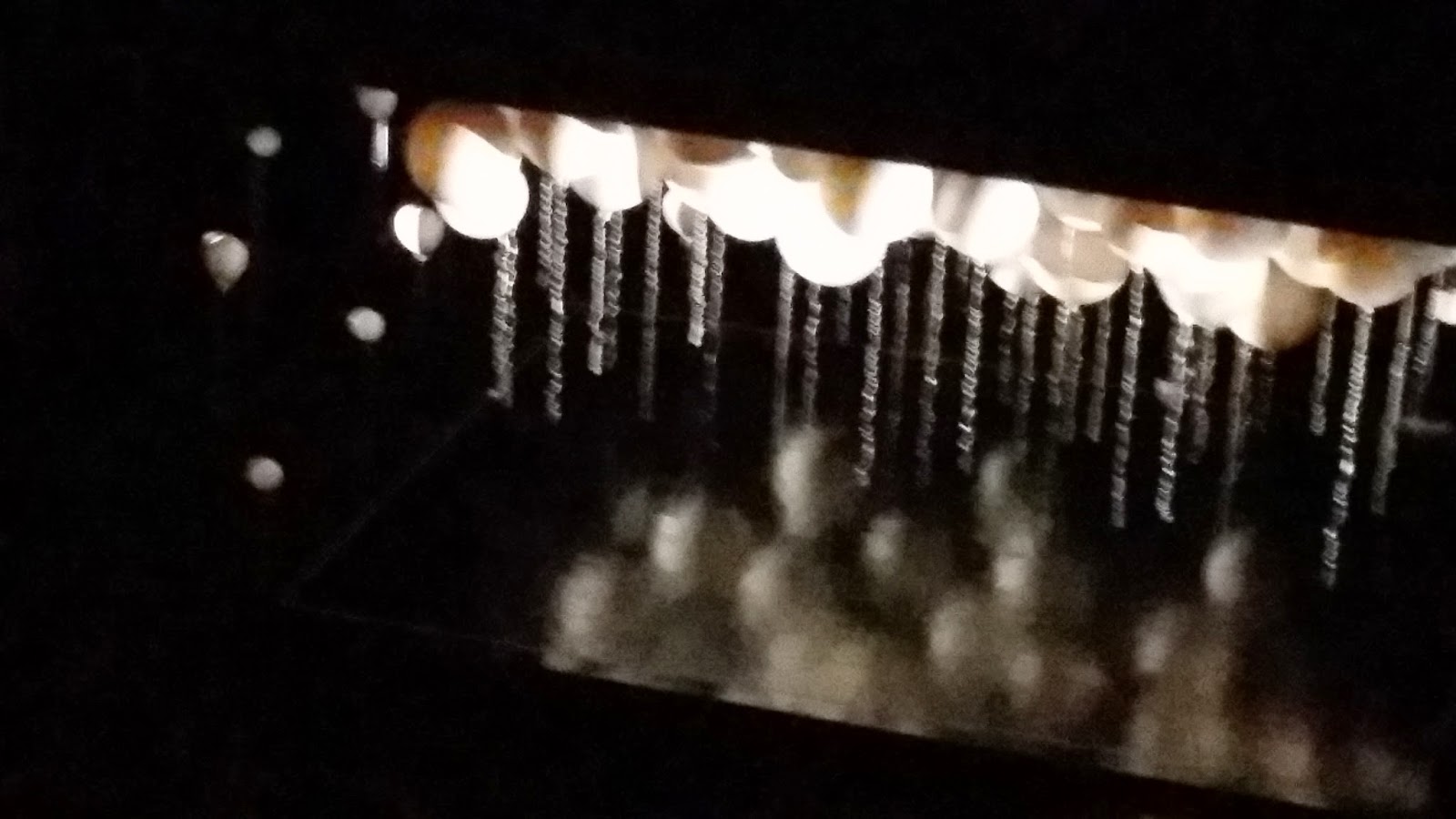 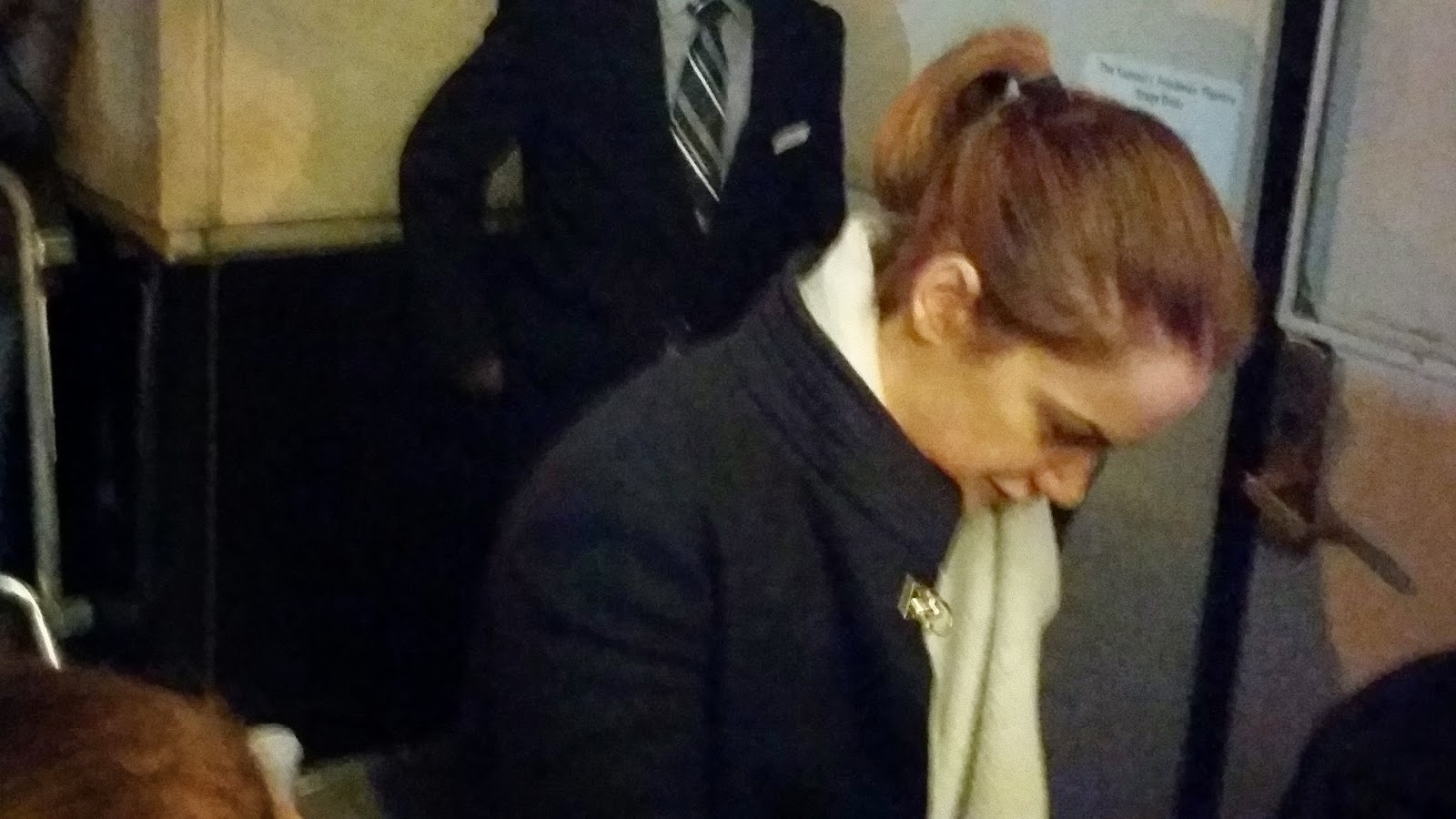 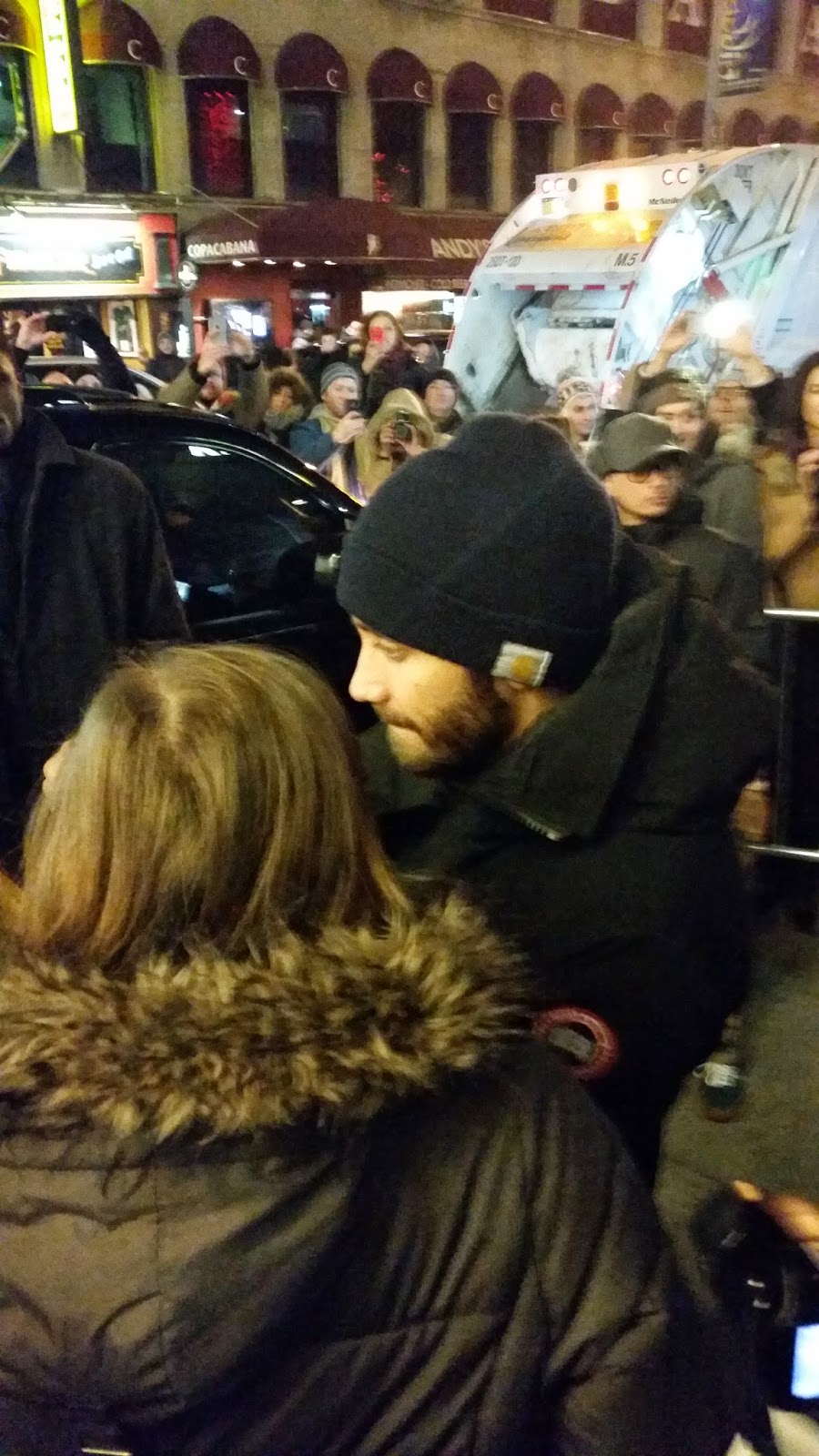 pictures.  We walked back to Junior’s for cheese cake and tea and felt this was one night that was worth the wait.

Interview with Richard "Sammy" Brooks from The Scofflaws

Dressed in a long military green over coat and a black beret Richard "Sammy" Brooks caught the perplexed attention of the recruiters who were standing in their office.  We passed them, bought couple of burritos at a local Mexican restaurant, a few tall boys at 7-11 and drove back to Rich's house. In his living room was a still Greek tortoise getting warm under a lamp as well as a few cats who were staring at me as I took a seat on a sofa.  There will be two parts for this interview - since we hung out for more than an hour.

In fact, there are not many interviews on the web on either The Scofflaws or Richard Brooks who uses the stage name, “Sammy.”  Yet, this is a band that toured the US and Europe and still have a strong legion of fans.  Recent years, their gigs have been sporadic, playing mostly on Long Island and some gigs in Rhode Island or in Manhattan.

We covered the very beginning as well as the concept of third wave ska which is what The Scofflaws are considered.  The first wave was bands from Jamaica such as the Skatalites, Desmond Decker and Bob Marley and the Wailors.  The second wave was known as the Two Tone bands.  Two Tone was the record label based in the UK.  Bands such as The Specials, Madness, The Selecter and Bad Manners as well as The English Beat.  The second wave captured the energy and aggression of punk.  It is interesting to see the progress of the ska wave; from Jamaica to the UK to the third wave which was global.  Within the US, bands such as Toasters, Fishbone (which was one of my favorites) The Mighty Mighty Bosstones, The Untouchables (who I saw perform back in the 80’s in San Jose) No Doubt, Sublime and Rancid.  The Scofflaws played with many of these bands.

The ska movement peaked in the ‘90’s.  All of The Scofflaws albums were released during this time, The Scofflaws, 1991/Moon Records, Ska in Hi Fi 1995/Moon Records, LIVE (Vol. 1) 1996, Moon Ska Records, Record of Convictions/1998Moon Ska Records.  Some of these bands which sold millions broke up. Some ska labels such as Moon/Ska Records folded.  By 2000 the third wave had crested.  What is left is the surviving ska bands who still tour, play at ska festivals and are adored their passionate fans.  Yet, there are new ska band who continue to create and forge their own “rude-boy” path.

Look for Part II in the near future… 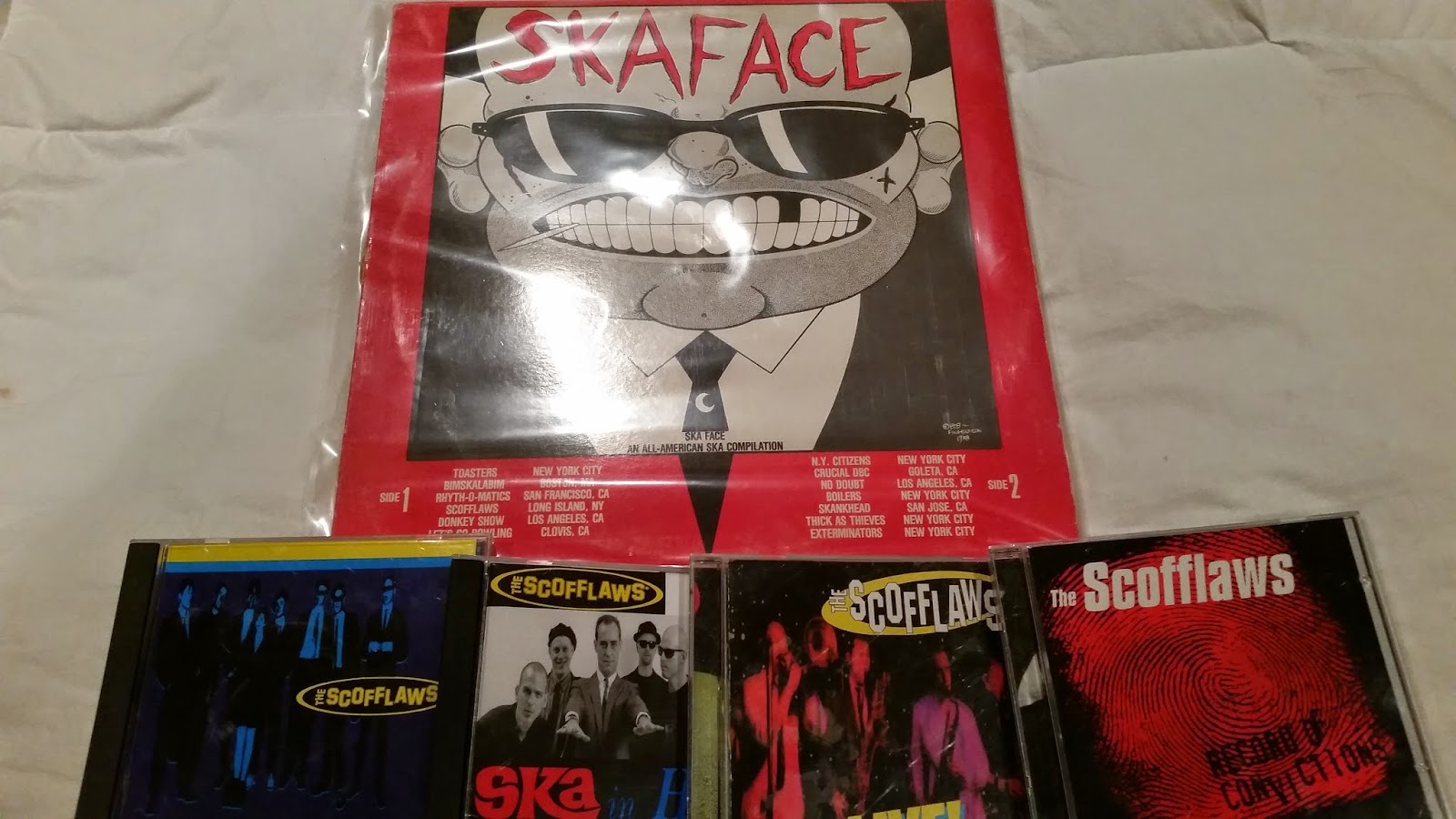