How the cheapskate Joe DiMaggio weaseled out and Ted Williams made me a Red Sox fan! 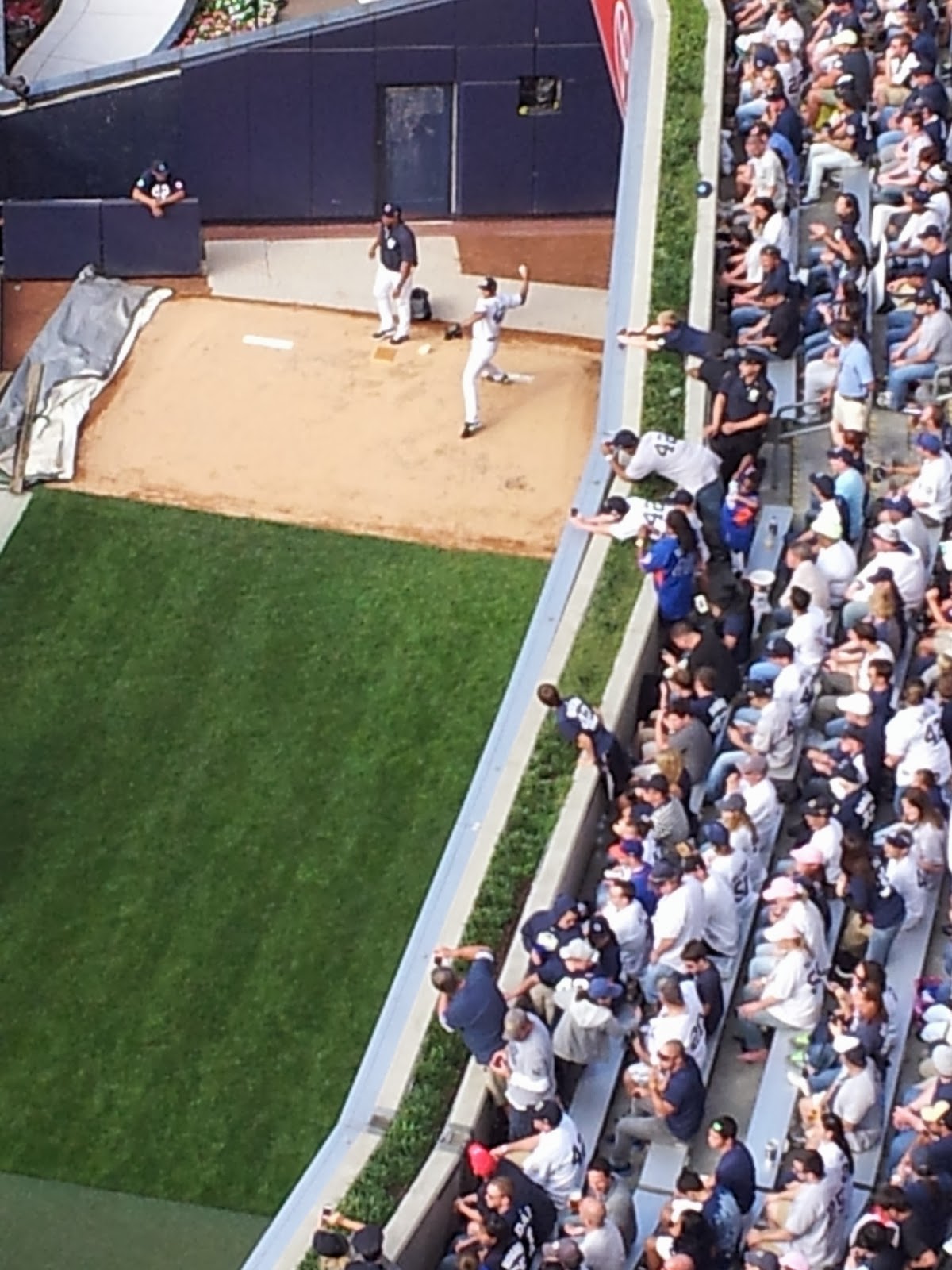 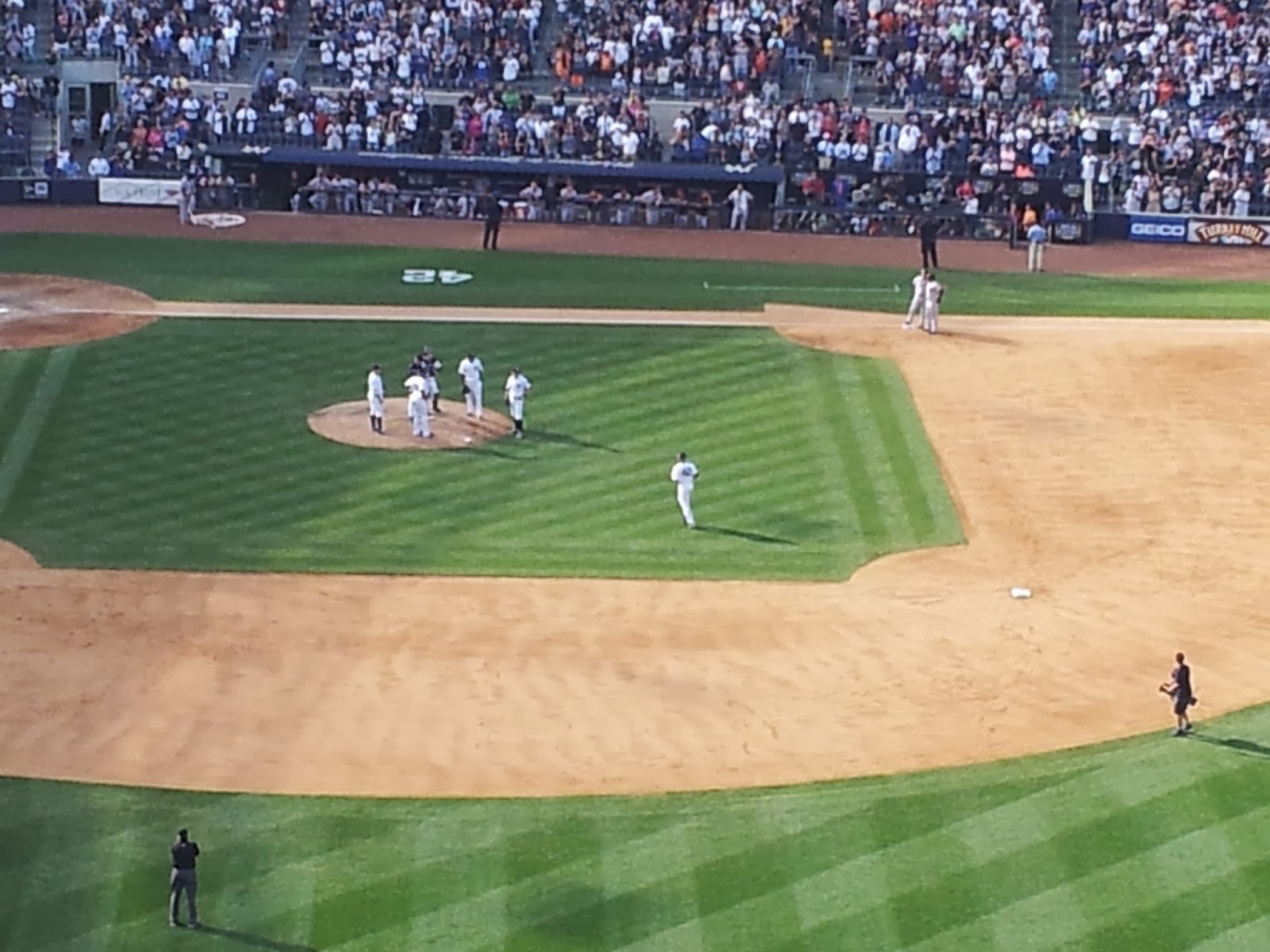 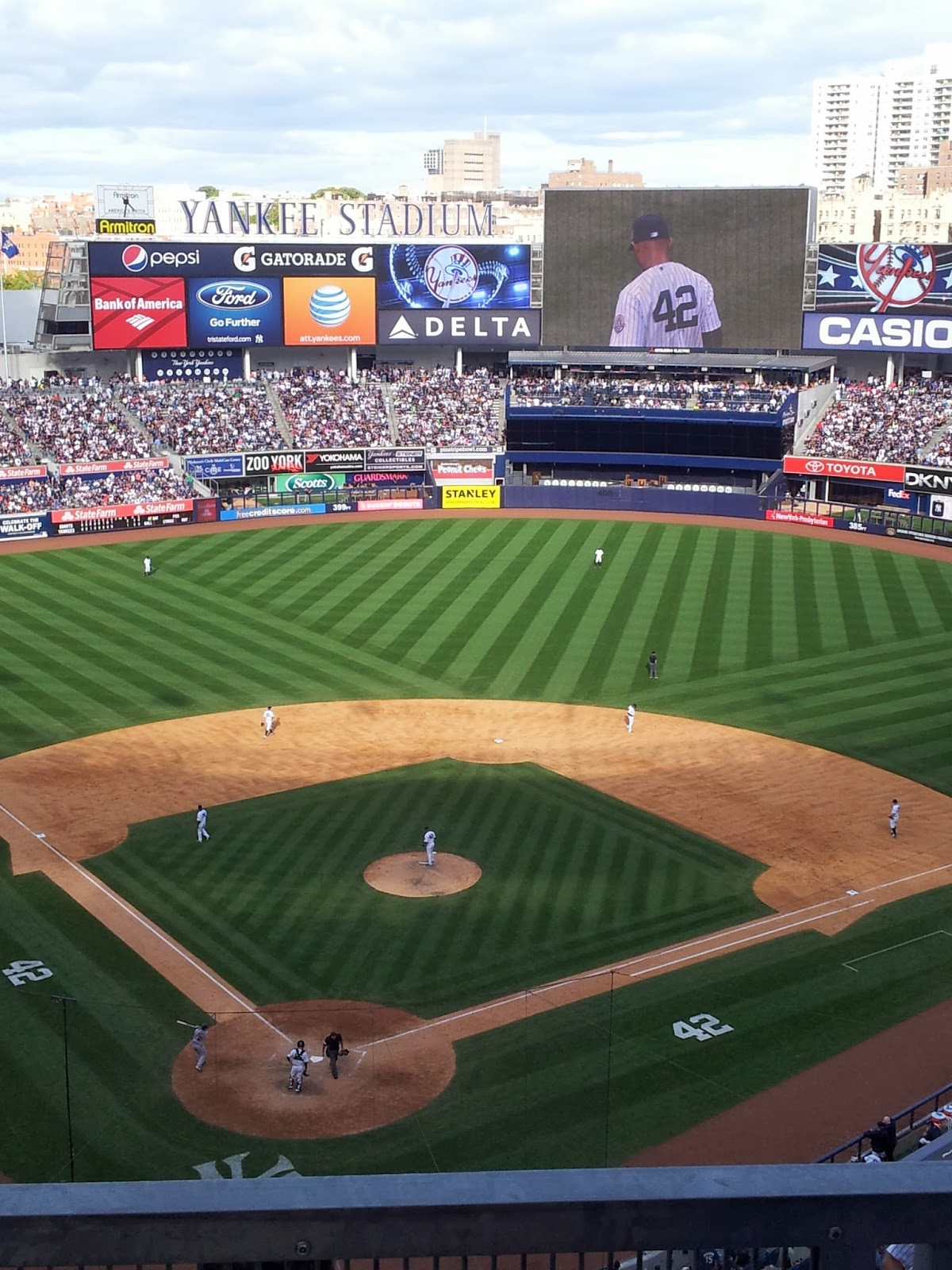 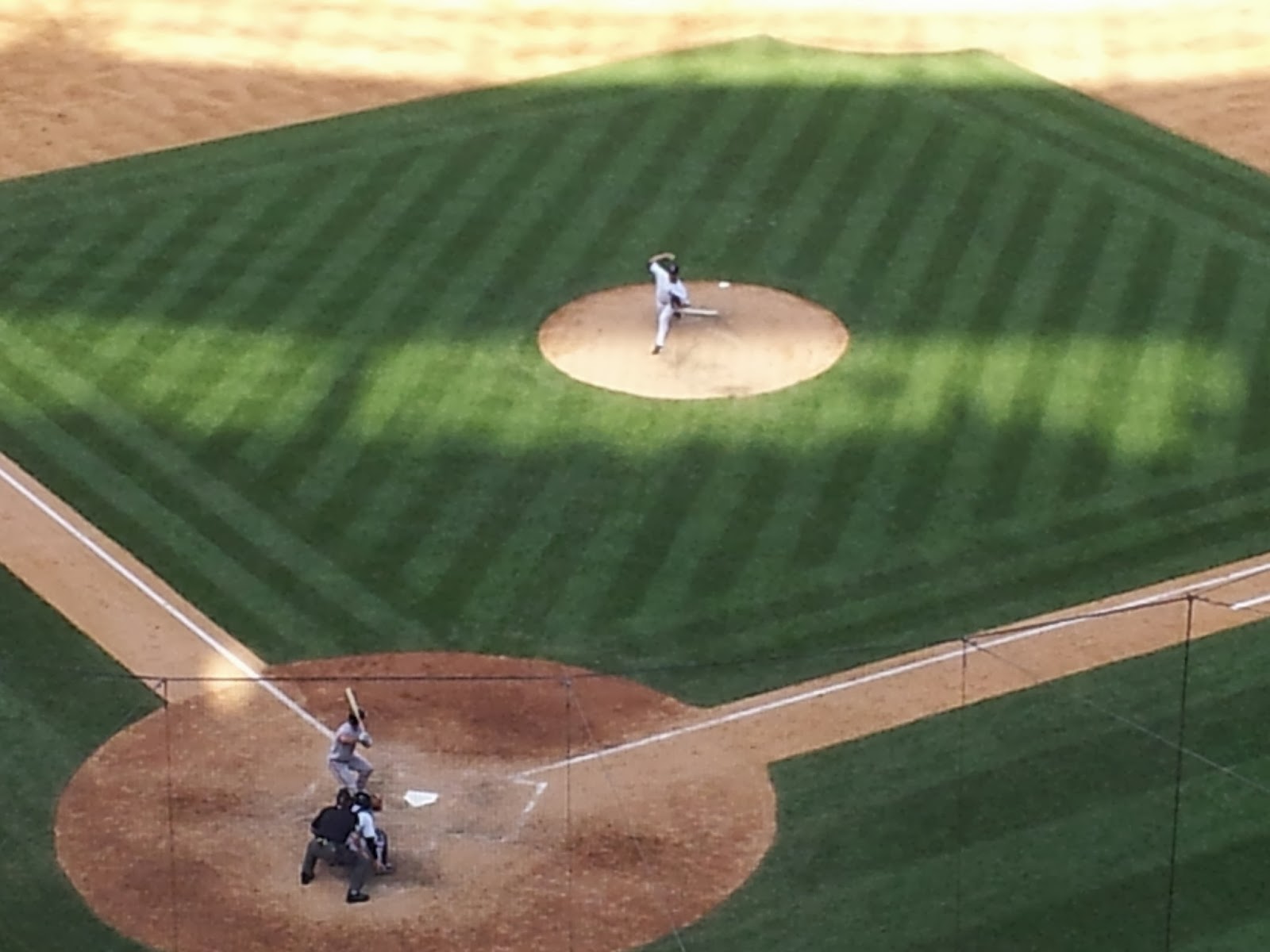 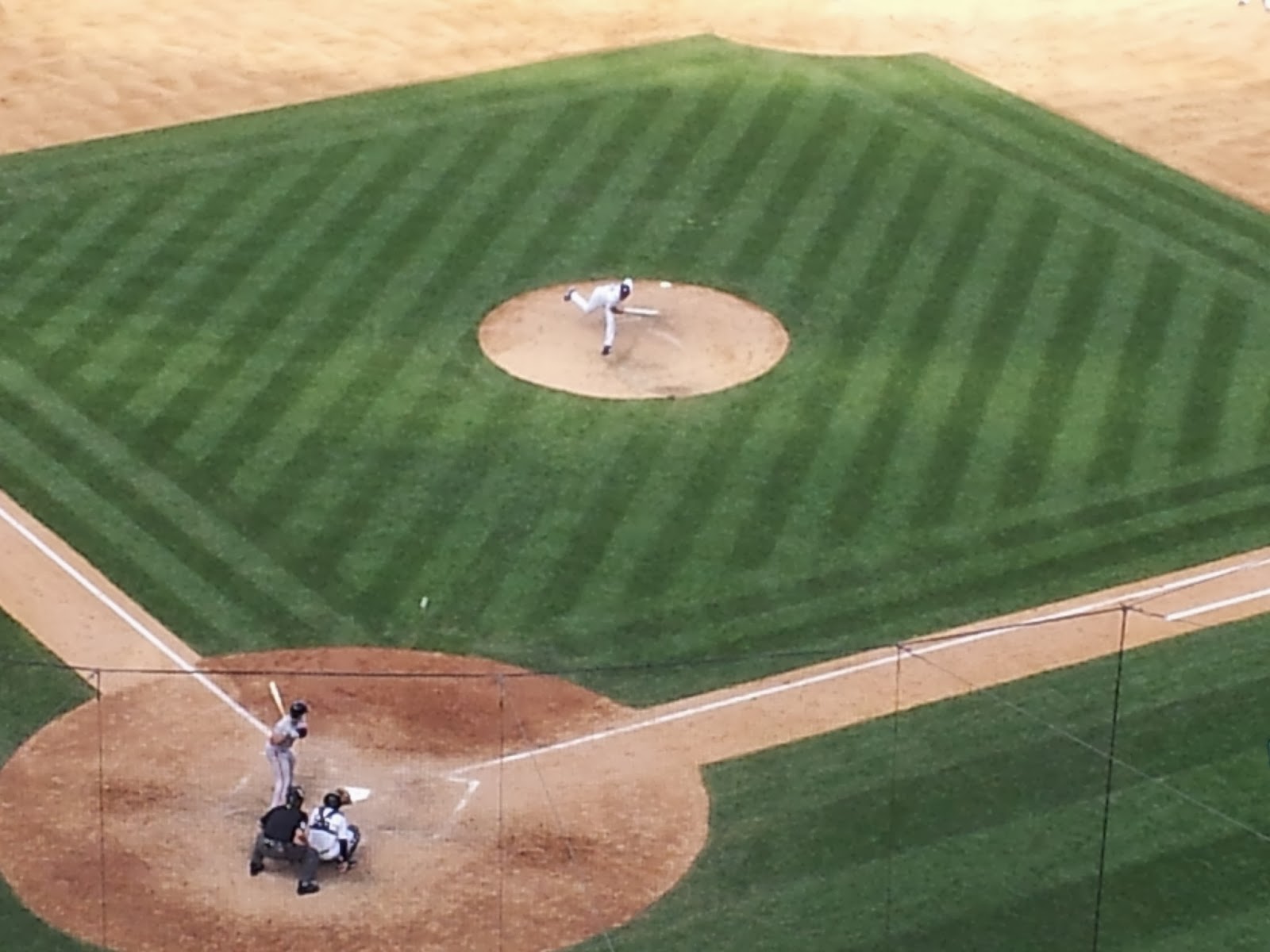 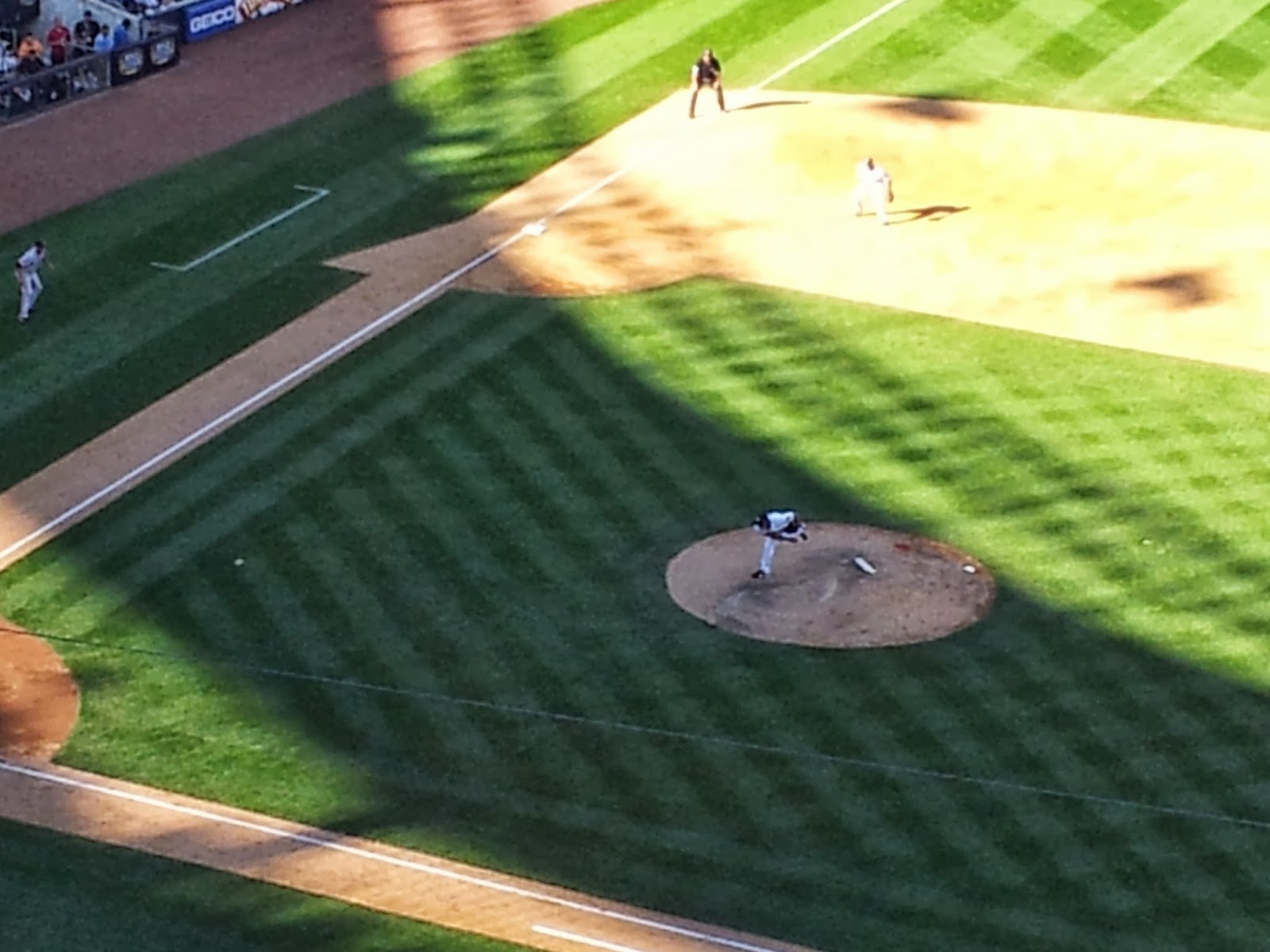 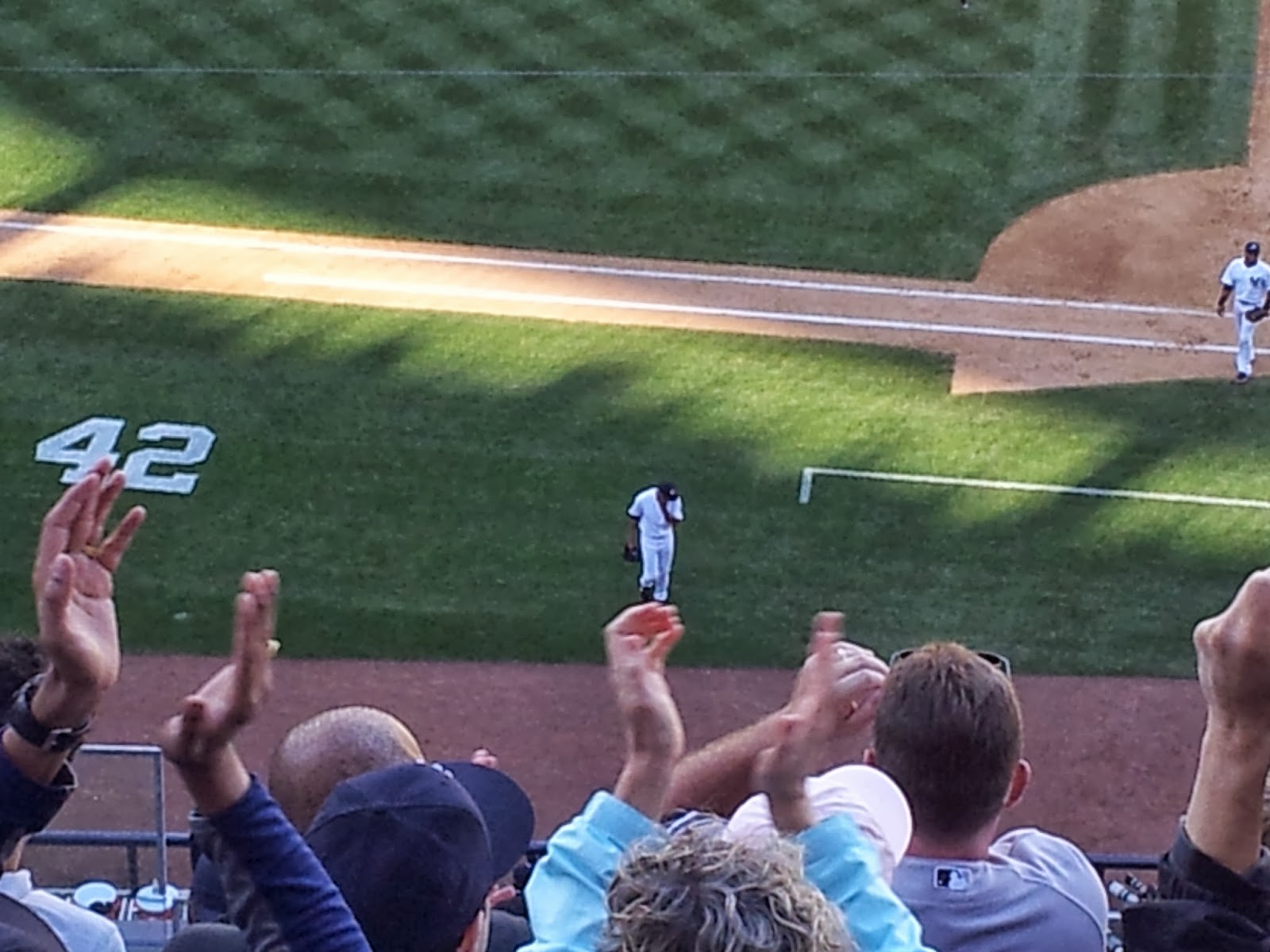 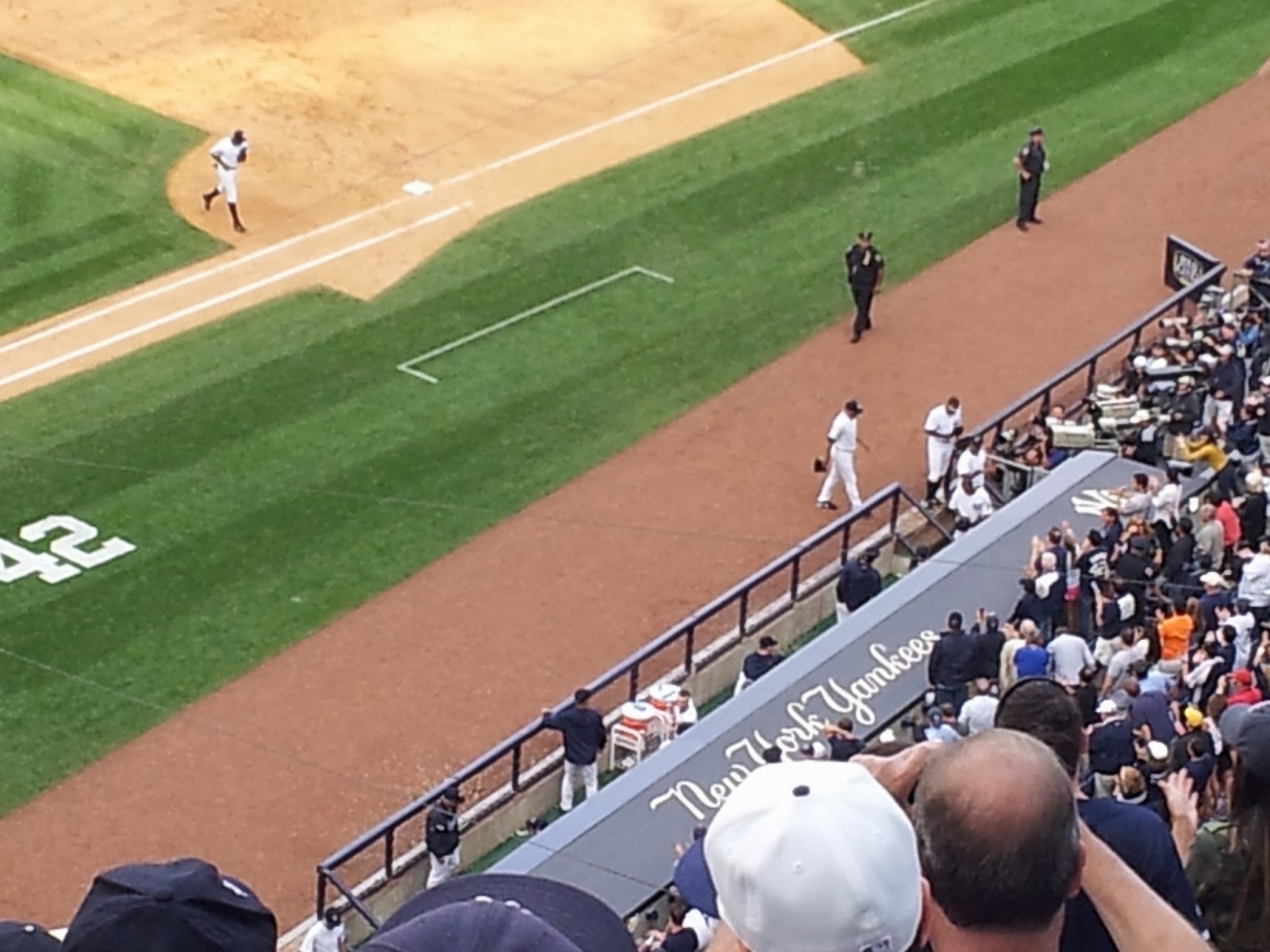 Long Island has a new airline, Pen Air flying to Boston - all aboard!

Flying Pen Air for the first time from Islip to Boston.  We took off from the old terminal, B 17 to be exact.  I recalled bringing Phil there when he was in the Navy and watching the red lights of his US Air prop fly away into the night.  That was when you can wait at the gate seeing the passengers off or waiting for their arrival, that was before 9/11 and the necessary security measures. I’m sitting in the last row.  The seat does not recline, yet there is a woman in front of me and she is stretched out like a beached whale and asking for more to drink.  There is a steward, an older gentleman who speaks gently.  I watched his pre-flight routine unlike the other flights I’ve taken just because he asked me to pay attention and there was only him, not a line of attendants.  Behind the steward are the pilots who are behind a locked door.  It’s a smooth flight thus far.  I was thrilled with the prospect of taking a prop and felt a rush when we pulled away from the gate, passing the dark green National Guard helicopters, a row of Cessna’s and I remember the lessons I took at Mid-Island all those years and moneys in the past.  Up to Boston to see Mo Cheeks tonight and then driving to Wooster to spend the night and to meet Todd King.  If feels as if we are descending….and we are.  19:41 the steward made an announcement we have started the decent.  It will take at least another ten minutes before wheels are down, and I can feel the wind on the narrow plane as we move into the area.  Amazing.  Time to shut her off.

Last night Amanda met me at the baggage claim at the airport, holding a sign she made: DAD…it makes me smile thinking about it.  We took a shuttle bus to the Enterprise terminal and I was struck how subtle she was as she flirted with the young man helping us.  She was sweet, but as I looked down they were giving each other the eye perhaps since I was in my jovial good mood.  I was with my daughter.  Had meetings today with Todd up in Boston, the first was out of the way and will remain nameless.  I think it’s best to keep a distance from writing about work and my blog.  That’s all.  It’s overcast up in the clouds, which is different from what we had last night.  A clear flight up to Boston, a little rocky, but not too bad. I plan on using this airlines more often since it’s easy.  You walk on and can sit wherever you’d like.  I chose the same seat as last night.  Like a train commuter we like our seats and keep returning to them.   We’re rocking a little more and I imagine we’re getting ready to land soon.   Airport to airport 45 minutes, but if I drove…five hours at least in traffic…so the flight is much better.  I can see the Long Island Sound or perhaps that is the ocean….the sun is setting.  We were told it’s a gusty on the ground…but it looks as if the clouds are clearing up.  I will be home for dinner and will need to write more of my novel.  I can’t believe I didn’t call Katie or Ben, but this was a pure business trip, except for seeing Mo Cheeks.  I should add we bought some ice cream down the block from her school; I had pumpkin since I’m off the beer.  What route are we flying?  I’m closing up since I’m expecting to feel…and there it goes…the decent…and Long Island is below. 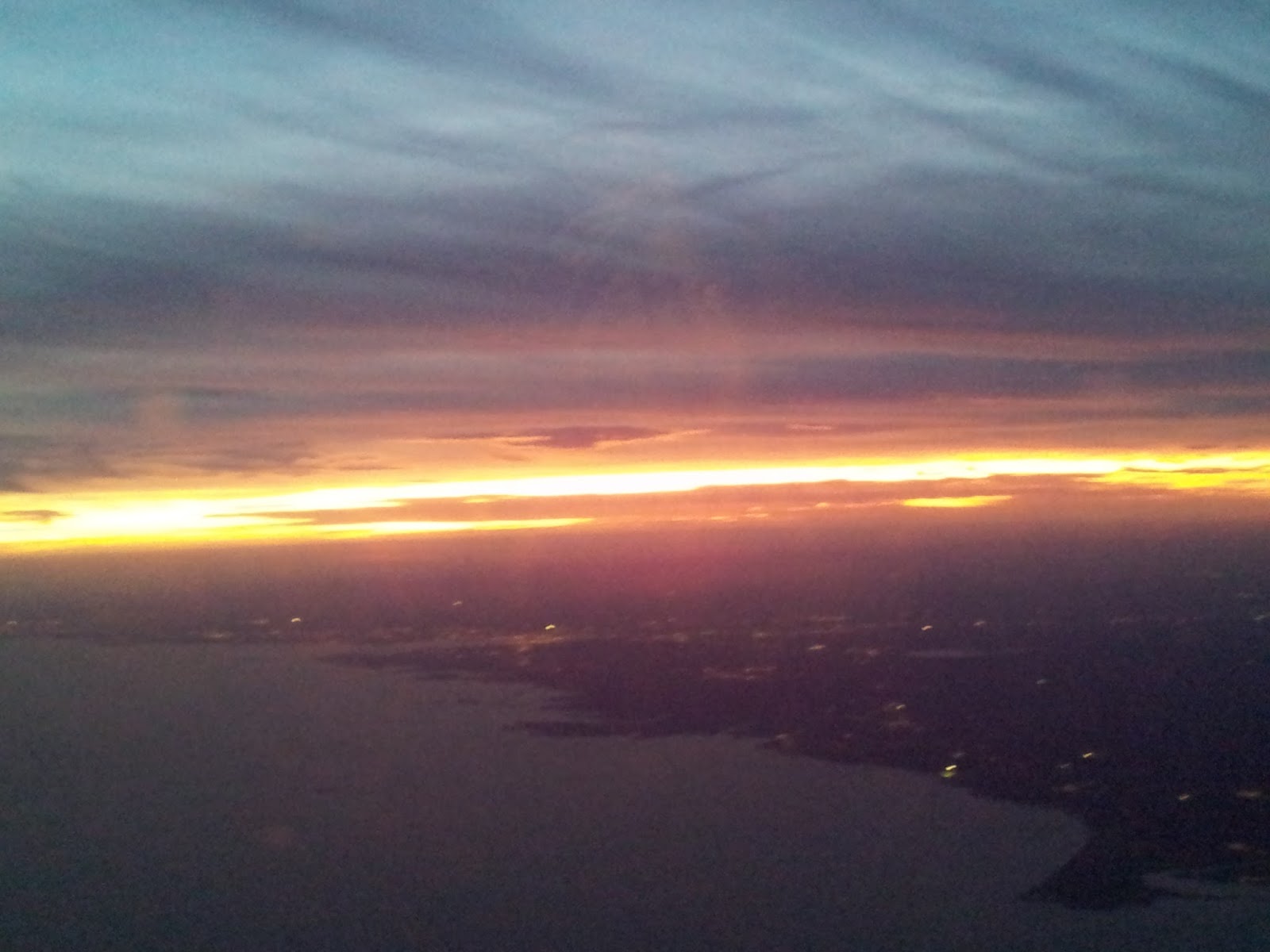 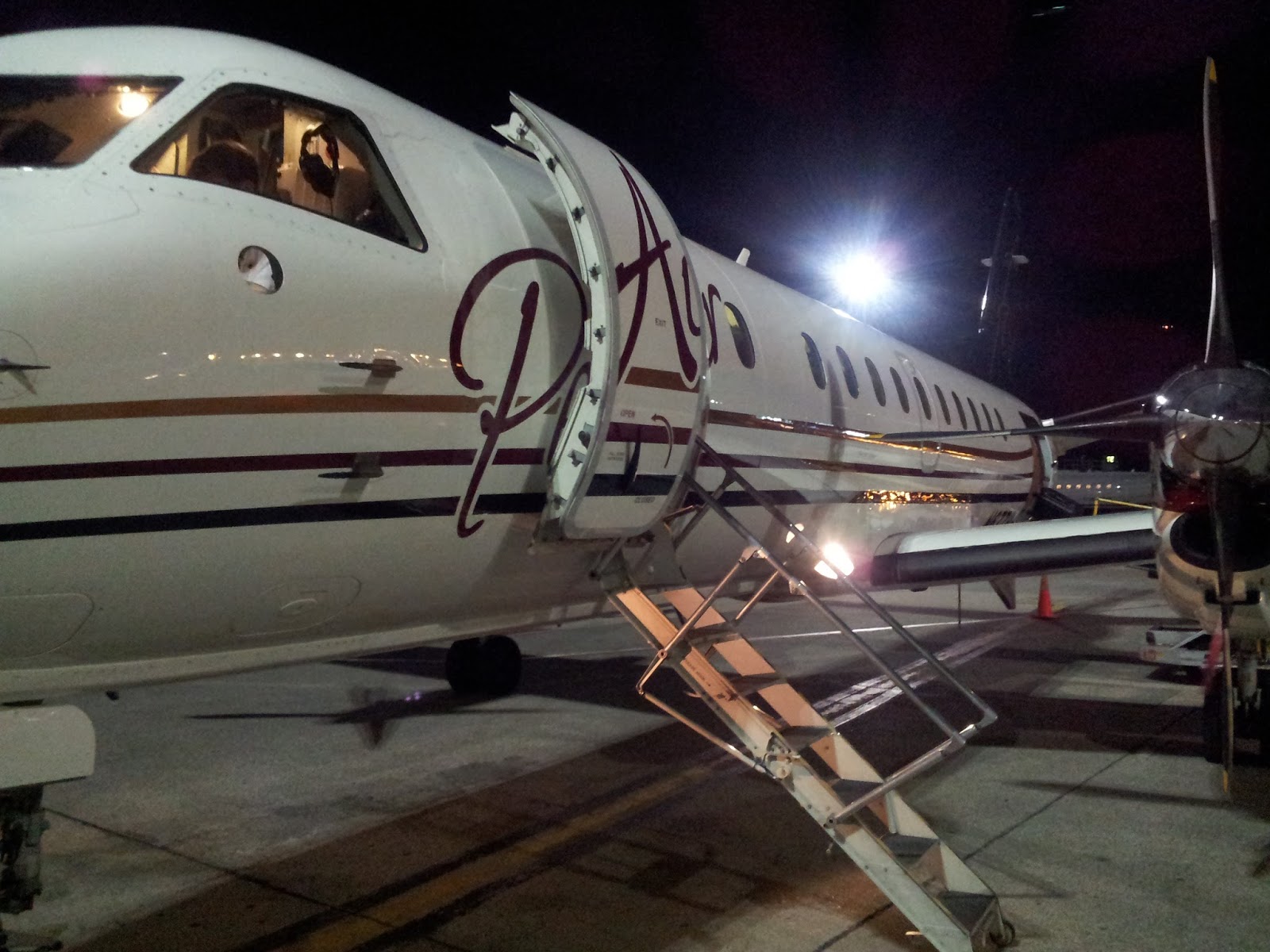 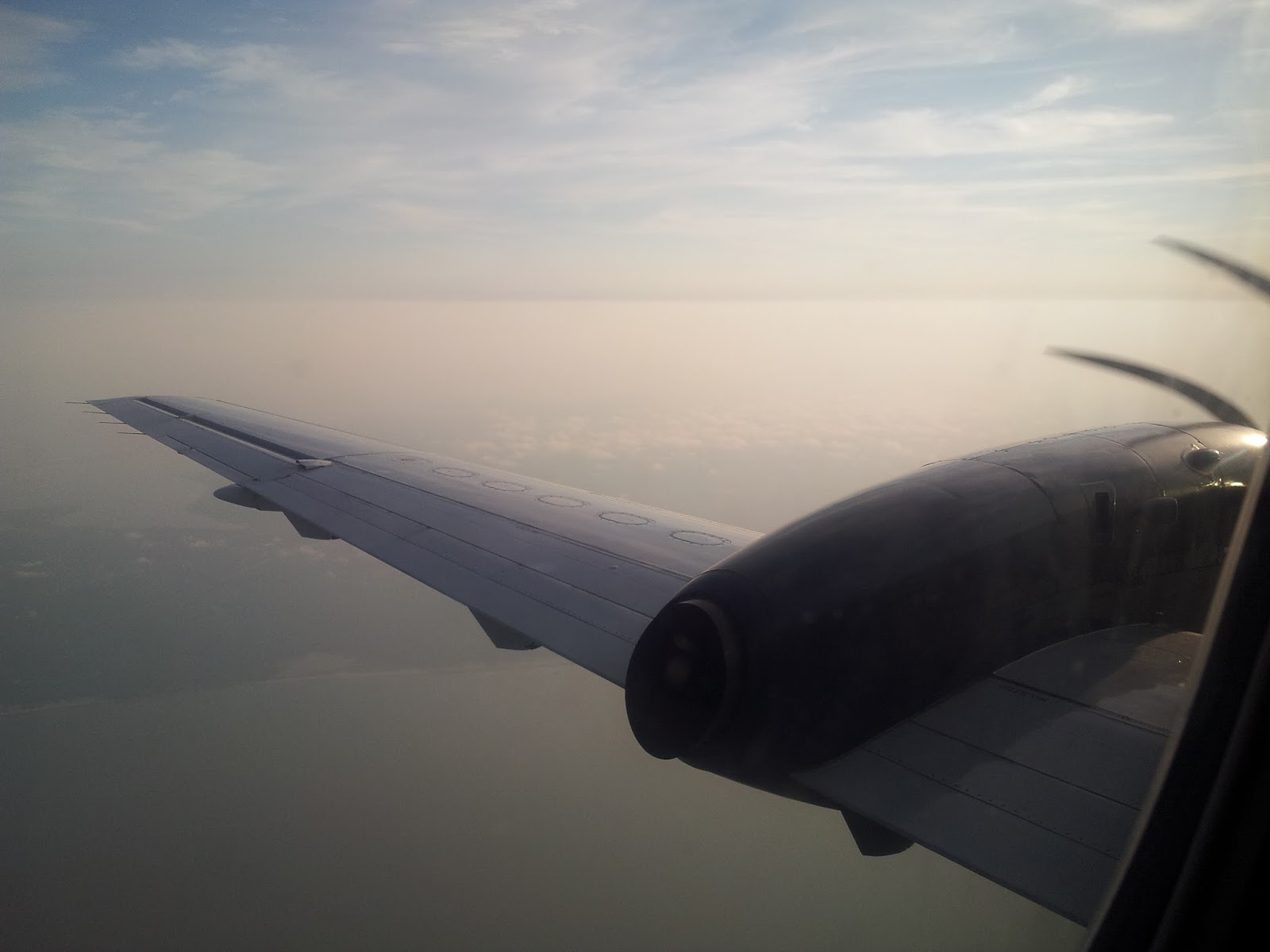 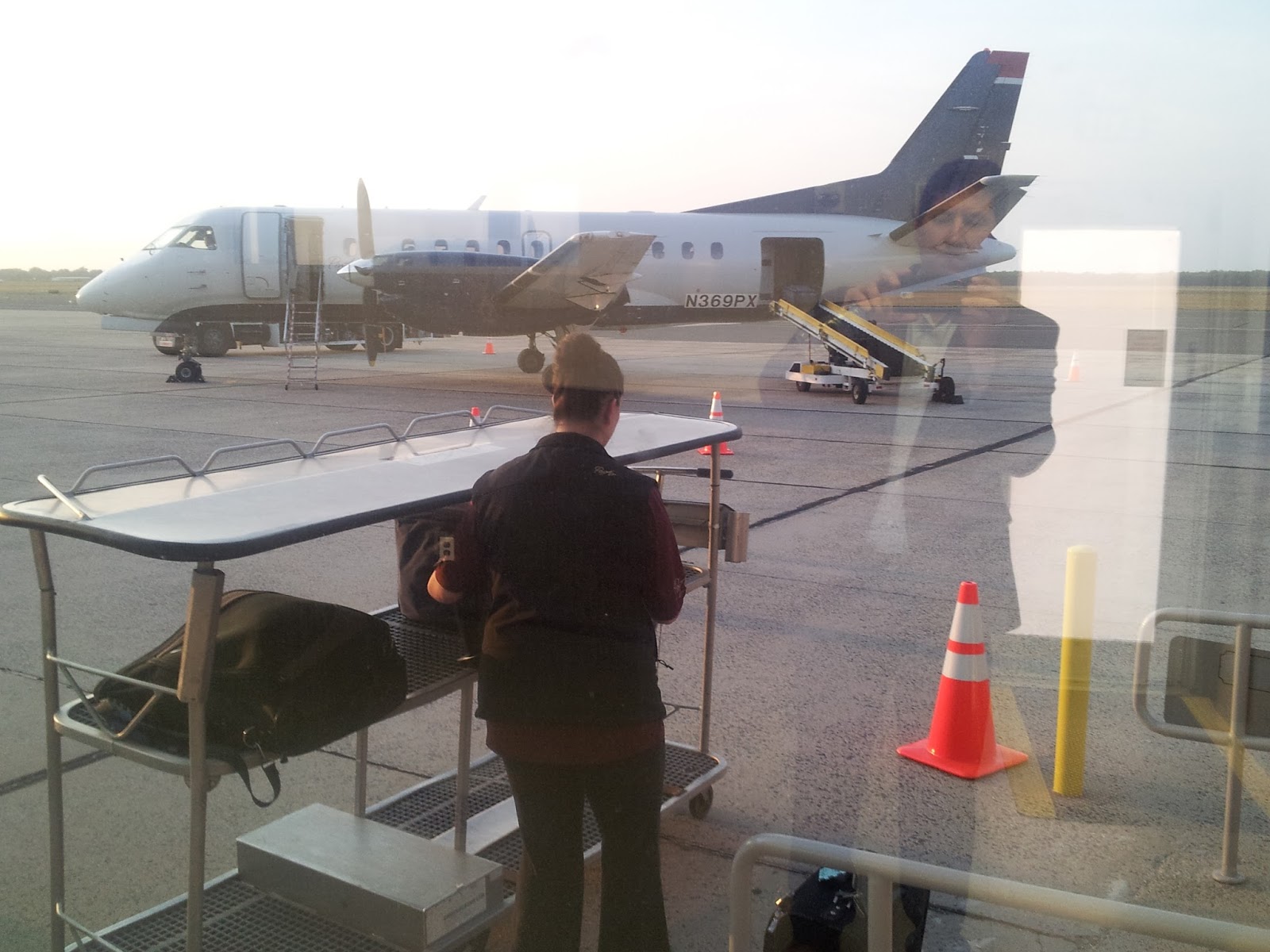 There is a family on the train chatting away, not a care in the world; they’re making sauce from scratch.  And what else did she say?  I never said that. You have a bad memory.  It’s been weeks since I wrote down my thoughts.  Last night we had a fire in the back yard and Ali and I relaxed on the lounge set, under the stars.

Some guy just left his bag in the aisle and went back into the bathroom.   Don't leave your bag or I will call the cops.  He’s having some issues. On his cell phone.  Gets off at the next stop.

So, last night there was a rocket, the Ladee that blasted at 23:27 from Virginia.  At 23:25 we were outside and waited, scanning the skies and searching.  I thought we lost our chance since I waited for it to pass.  It’s scheduled to orbit the moon on October 6th.  Since it was a clear night, most of the east coast was able to see the rocket blaze over the trees or tall buildings and fade away to become a small diminishing dot in the blackness.  After a lot of prodding my son such as it’s a rare event, it's historical, you won’t get this chance…reluctantly Joe joined me and Ali outside.  I saw it cut across the sky and pointed it out.  It was a glowing cigar slowly rising into the night.  Joe was excited as was Ali although she was not too certain it was the rocket.

Ali and I were sitting outside earlier today and she told me more about the federal tests for the schools which is her rallying call.  She will be interviewed by a TV station in Virginia.

Shit, I can’t think there are too many conversations on the train.  This teen is saying LIKE…LIKE…I’m Like hold on…I can’t do it.  Parallel parking is too hard.  I hear them more when the train slows down.  Why? Take a deep breath and get the word like out of your vocabulary the world will be less polluted. Easy there…The next station is Hicksville.  And as the noises rise, the voices rise and I am trying to tune out from their popping gums and LIKES.   I can’t stop, they keep sucking me in…stop…now someone is cranking their music, this is a different world from the commuters I was used to riding with.  Let me remember this crap the next time I consider taking the train into the city on a Saturday.  It’s easier but this is painful.  Divide sign which is in Hicksville.  There is a clear divide between these generations.  There are true tourists coming in and taking over... 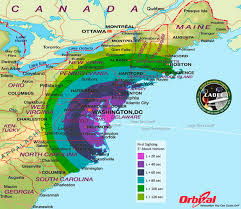