So what are some of the books I read this year? Mark Twain's Tom Sawyer, Stephen King writing as Richard Bachman - Blaze, Barack Obama, Dreams of My Father, Walter Mosley - one of the Easy Rollins novels, Franciso Goldman's The Art of Political Murder - who killed The Bishop? Was one of the most intense books I read in a long time. I was able to think back to Guatemala and spending a couple of days in Guatemala City. Memories of the Cathedrial where the bishop was killed and the cover up and obvious evil that persisited and some say the killings are occuring again. But I don't want to address that now. It's a subject for another blog. Books? Some Harvey Mackay books - there are times when I need some inspirational works. Today I picked up a copy of The Power of Positive Thinking by Dr. Norman Vincent Peale at the library. I tried to read The Audacity of Hope, by Obama, but it did not have the same appeal as his first book. The latest was somewhat insghtful, but the writing was stifled. So, what else? I wrote some poems and tonight will look into some markets, and will write more of the Sci Fi novel. Man, I like this one. Yesterday I received a favorable response from a publisher for Killer Commute:

Thank you for your submission. We have been on a holiday break. :) I am forwarding this to Damien Roth. He will respond within 6-8 weeks.

It's all in God's hands.

It's close to 7 PM and yet it feels later. The winter has that effect, but today I noticed the sun was still up - even if it was close to 5 PM.

In the night thinking about the day that passed

So what's the deal here? It's about that time of the night when I'm thinking back to the day. Wondering how productive I was. Any shovelling outside? No. Any real work? Nope. A stark contrast - man, i love that expression to yesterday. This was a Sunday when I woke up, went outside a little before 7 and was surprised how warm it was. My goal was to go for a run and to think of a YM novel I've been contemplating. This is a Sci Fiction - what's that? Why would I even tackle this monster? Two things, I like the challenge and I think there's a market here. And I can hear Richard Elman say, Write with Love. Write. i love the characters. Is Sci Fi even selling? Let's see how it works out. I went for that run earlier, in the rain and took a shower. After I attempted my usual 30 push ups, but got to only 20 before my left elbow went into shock. It's been a few days since I worked out the muscles and I'm not counting shovelling snow here or at the in-laws. Even still, I feel and I know I spent most of the day up here. Ali gave me an opportunity to write and I took advantage of it. Like my muscles, it's been awhile since I wrote. Here's the first page:

It was a routine she began when T-1 was first apprehended by The State. Anna 6139 stood in the doorway and watched as the first moons light settled in her son’s room. She couldn’t sleep. Her son, Pos 4239 was fast asleep in his bunk. Thin tubes pumped oxygen and warm air into his bed chamber. For a fifteen year-old he was a small for his age. She rubbed her hands together and said a prayer, the same prayer that she learned to recite back at The Campus. After she genuflected, she raised her hands to the sides of her head she closed her eyes and prayed that T-1 was safe and still alive. Still, there was an emptiness that replaced his absence. She was losing hope that he would ever return since he was warned that if he was arrested again – he would be exterminated. The medication hasn’t helped her sleep.
She walked into the living quarters and felt lost. She was not sure what to do since she was ordered by The State to remain in her house and not to allow guests inside unless it was family. The silence in her quarters was stifling and she wanted to either curl up and cry or scream out, but she was beyond those displays. Her mind was close to numb, and she debated with the thoughts that self extermination may be a rational option.
The State has the ultimate control over the lives of the colonists. Life on their planet was violent since they were families of criminals of The State. Not only were the criminals arrested and removed from the bliss of planet Alexandria, but their families were expelled as well. Anna sat down and breathed in deeply and thought back to life at it was. She walked on the beach and watched sea creatures in the distant ocean jump out from the

I read a little with Joe and gave him a choice of how many words he had to write. Typical, he chose one word. Ali mentioned he didn't want to read. Amanda is singing Christmas songs down stairs. I can assume Ali is on the computer in the kitchen and Emma Tess and Bella are somewhere watching TV.

What else - submitted a query to Echelon
at December 21, 2008 No comments: 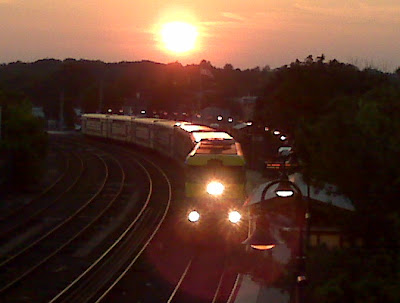 Last April I challenged myself to write a novel. What sort of novel? A mystery. Something I can crank out while taking the train to work. Why April? It's supposed to be the cruelest month. Think Waste Land. And here's my Big Idea. Each of us has that one big idea - write a novel about a killer on the train. I fell in love with the idea and looked forward to each morning and each afternoon when I could take out my laptop and tap the keys. The book flowed easily which is a very good sign. I heard, and maybe it was Henry Miller who wrote, if a book is not flowing - come to think of it - he as thinking about reading...drop it. But there are writers who struggled, and say it's not worth it. It's your internal voice that is screaming at you to drop the book...forget about the story. This novel is different. I still love her, but recently I've been hit with a rash of rejections. I know times are tough. So what should I do? Thinking about self publishing? Check out Monk Press Acid Tree Park. Search Google and I'll send you a copy. That was an experience, and I don't want to go down that road again. Maybe I have to? Agents are a tough breed to crack. I thought Sobel Weber was going to take this and run. And I was foolish to think - I got picked up by the first agent I queried since the book has such promise. I was wrong, and even took their suggestions, lose the atypical divorced detective...so Mick Doran is hypochondriac detective and it's third person instead of first. I still love the book. I received help from others who edited the book and made meaningful suggestions. So it's ready. Like a child watching a snow storm in a classroom the work is anxious to be set free.
at December 19, 2008 No comments: