A view from the Nose Bleeds: 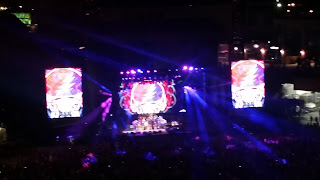