Foghat storms back to Strong Island

We came out to celebrate the first annual holiday party for the Long Island Music Hall of Fame at Mulcahy’s in Wantagh.  It was a modest crowd which surprised me.  I expected more fans especially since Foghat has strong Long Island roots. It’s a tough time to get a crowd with holiday parties, Christmas budgets, and more important their fans are getting older. I should have called the venue to check when Foghat came on the stage, then again I would have missed the incredible bluesman Kerry Kearney and his band.  After they left the stage I painfully endured an hour of the posing Vince Martell (vanilla fudge fame) and his band of brothers.  You could have grabbed any bar band in any dive across the island and they would have played better.  That said, thank you gentlemen for your service to this country, but hey you clowns have to admit Kerry should have played before Foghat; it would have made an excellent transition.  Let’s move on… Fingerz from WBAB introduced Foghat and referred to an interview he had with Roger Earl, the drummer for Foghat which I recommend listening to.  Fingerz handled the interview very well.

The music stopped.  The lights dimmed enough for our old eyes to make out ghostly shadows which approached from the side.  It was the moment we waited for.  It was Foghat.  Our ears were tuned to the sounds of the slide guitar.  The crowd, I counted a couple hundred or so in Mulcahy’s which is in Wantagh suddenly rose up.  Yes, the old buzzed fans slowly surged closer and the band kicked it into gear, their first song? Fool for the City.  I had to put down my beer and get in for some pictures.  I have never seen Foghat and this was one of those gigs I had to take in for posterity.

Let me explain, when I was a kid, Foghat was one band I was told I needed to listen to by the older kids on my block. These kids were tough, they drank beer and smoked cigarettes and pot and they were just cool with their bell bottom pants, clogs, and leather bracelets which were stamped with their names.  The girls wrote in bubble letters and the boys parted their hair in the middle and had pimples on their peach fuzzed chins.  There was loud music blaring from homemade, poorly wired speakers from trucks and open windows, Ted Nugent, Steve Miller band, Farah Fawcett posters (if your ma let you hang one up) and the sleek Trans Am, preferably in black - with the gold bird spread out on the hood of the car and of course you idiot - you had to have the gold rims.  This was the life of the Bellecrest Bums.  All of those incredible perks of the decade which…when consolidated…created an energy which erupted into fits of puberty.   So here’s the deal (1978) I was brought into Freddy Petersdorf’s house and told to sit down and just listen…Freddy spitted out, “This was real music.”  He always had white spit in the corners of his mouth and had gapped front teeth.  He pulled out the albums from the sleeve and placed them on the turntable.   He told me in strict confidence and in secret, these were special albums.  They belonged to his older brother.  Freddy's brother (Hank) was even cooler than the cool kids on the block since he didn’t say a word to any of us…we were just kids and he was really old...almost twenty.  He smirked at us and shook his head and smoked his Marlboros as if we pissed him off.   The needle popped onto the album.   I waited and tap…tap… listened…a wave radiated from the speakers. This was rock and now it’s referred to something called classic rock, but I don’t care about any of that, I am sorry for getting off the topic since I was that kid again when Foghat was on the stage and taking in the music and even caught a couple of beat up drum sticks which were tossed to the crowd.  They played, their first hit, "I just wanna make love to you" and "Stone Blue," do yourself a favor when you're bummed out or down and listen to that song. It will get you back to your feet.

Roger Earl is the last original member of the band.  He plays with Bryan Bassett who played Wild Cherry (Play that Funky Music) and Molly Hatchett. Charlie Huhn sang lead and was the ultimate professional long blonde rock star dashing from one side to the stage to the other and having a great time, tossing guitar picks to the adoring crowd.  Charlie actually sang for Ted Nugent back in his weekend warrior’s days.  The bassist was a local Long Island kid who I’m sorry did not get his name though he looked familiar.  The kid did a damn a good job.


Randy Jackson of Zebra fame held the court for a midnight jam session…Vince joined him for a couple of Beetles tunes and I walked out thinking it was late and put down my drum sticks and Foghat t-shirt and tuned the dial to WBAB and drove on into the night. 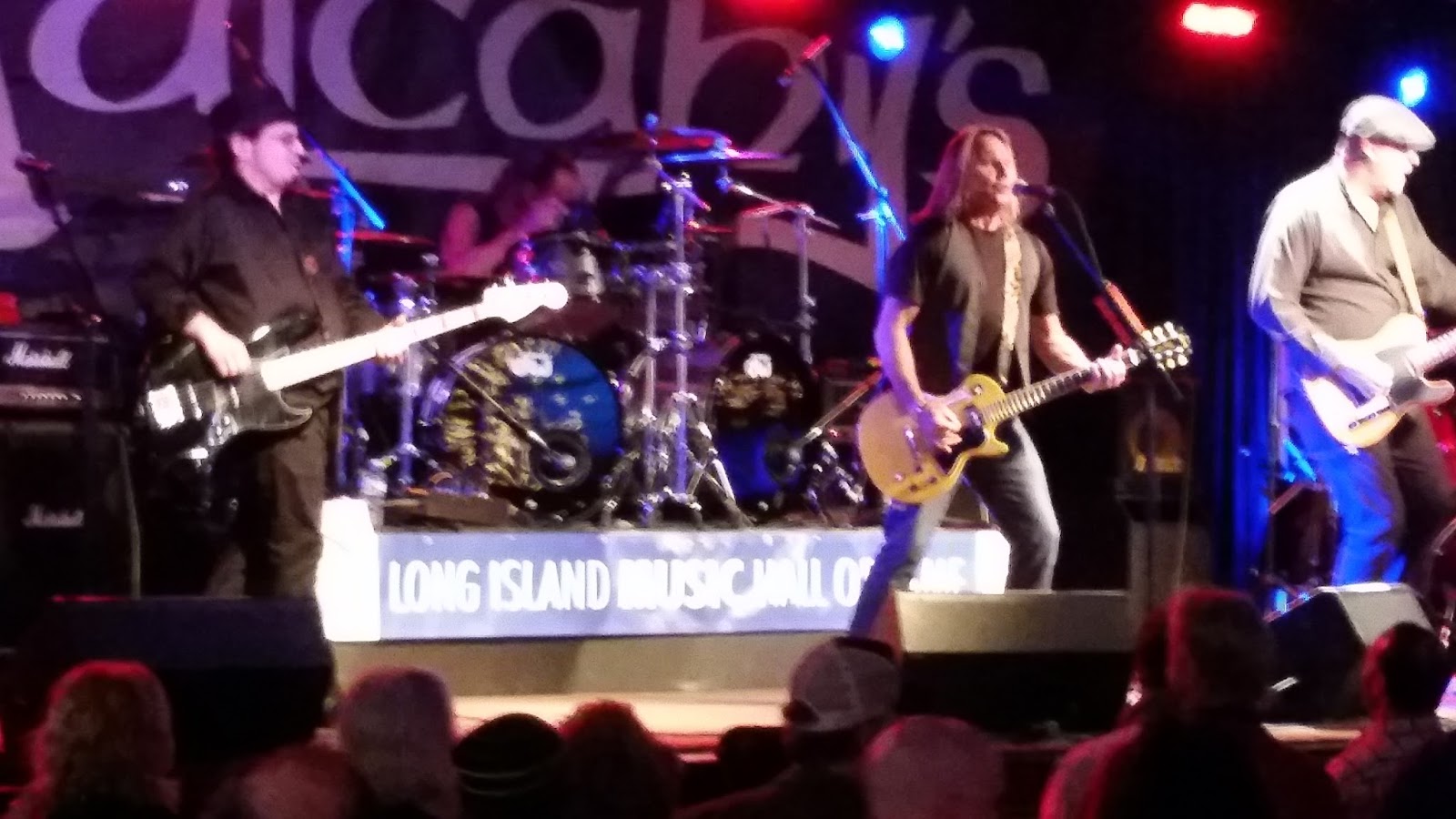 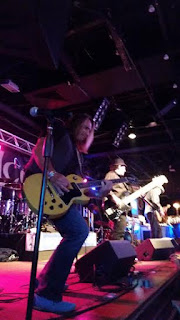 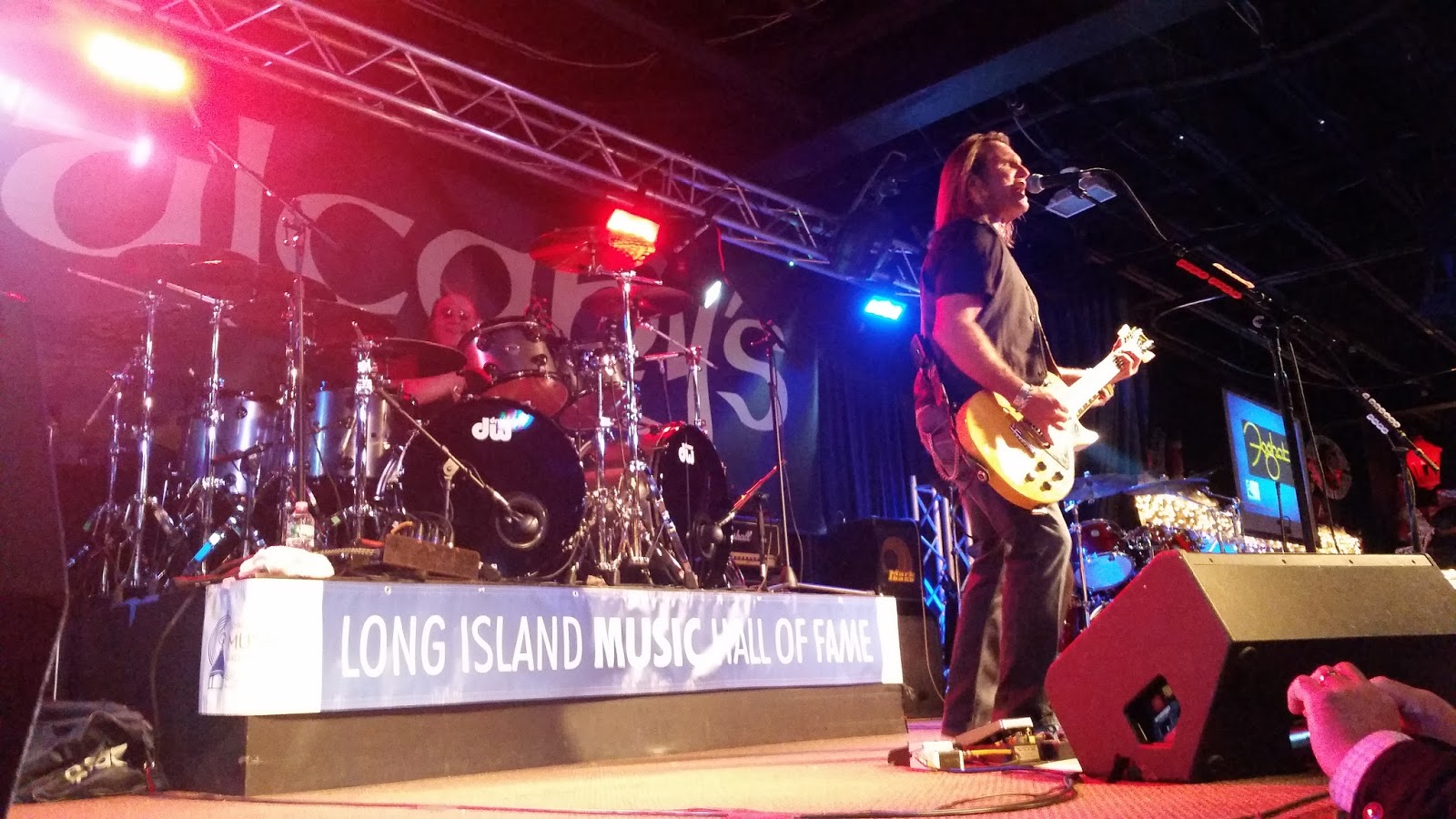 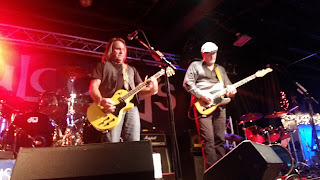 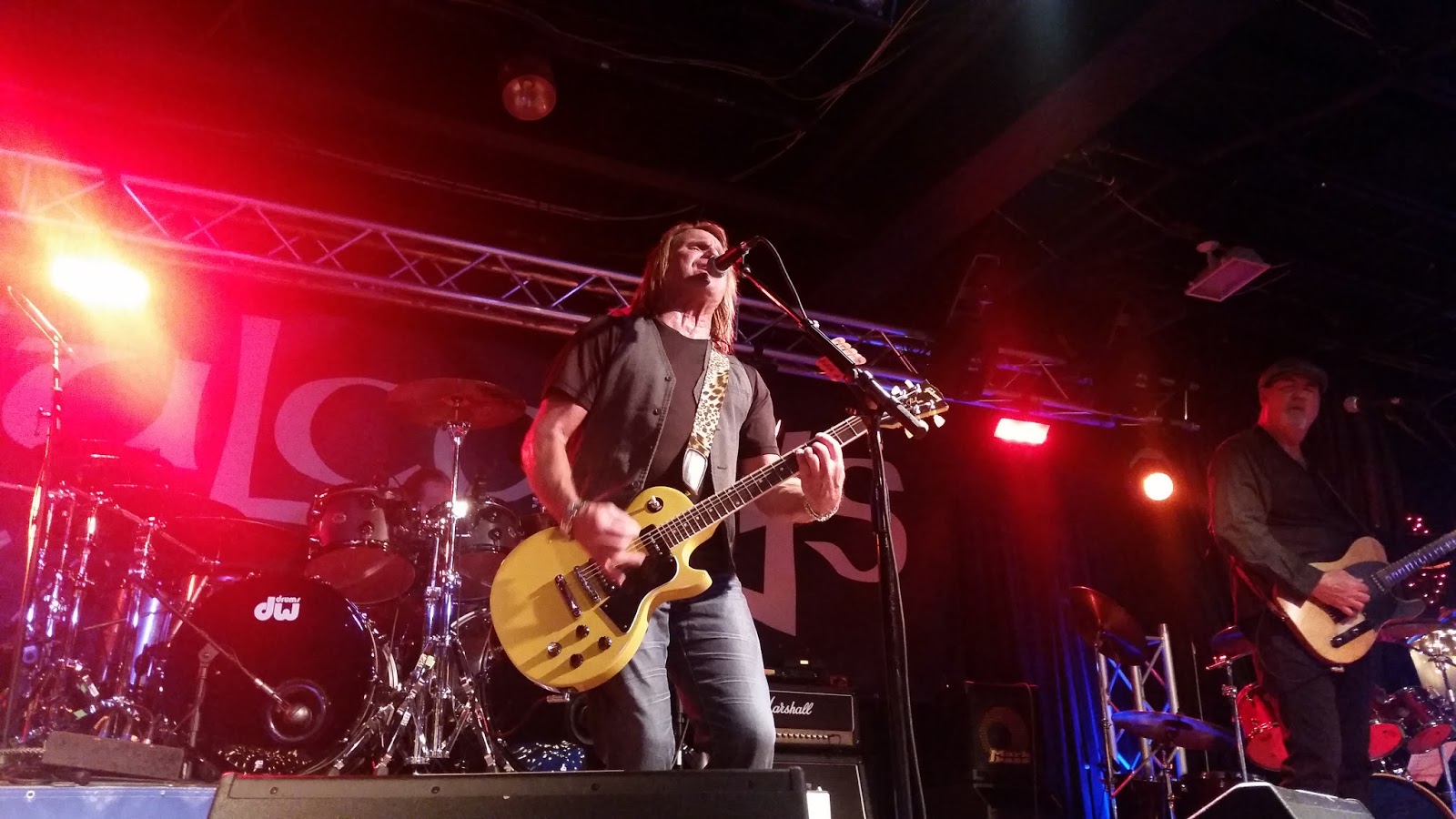 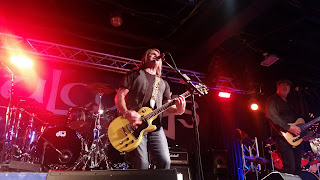 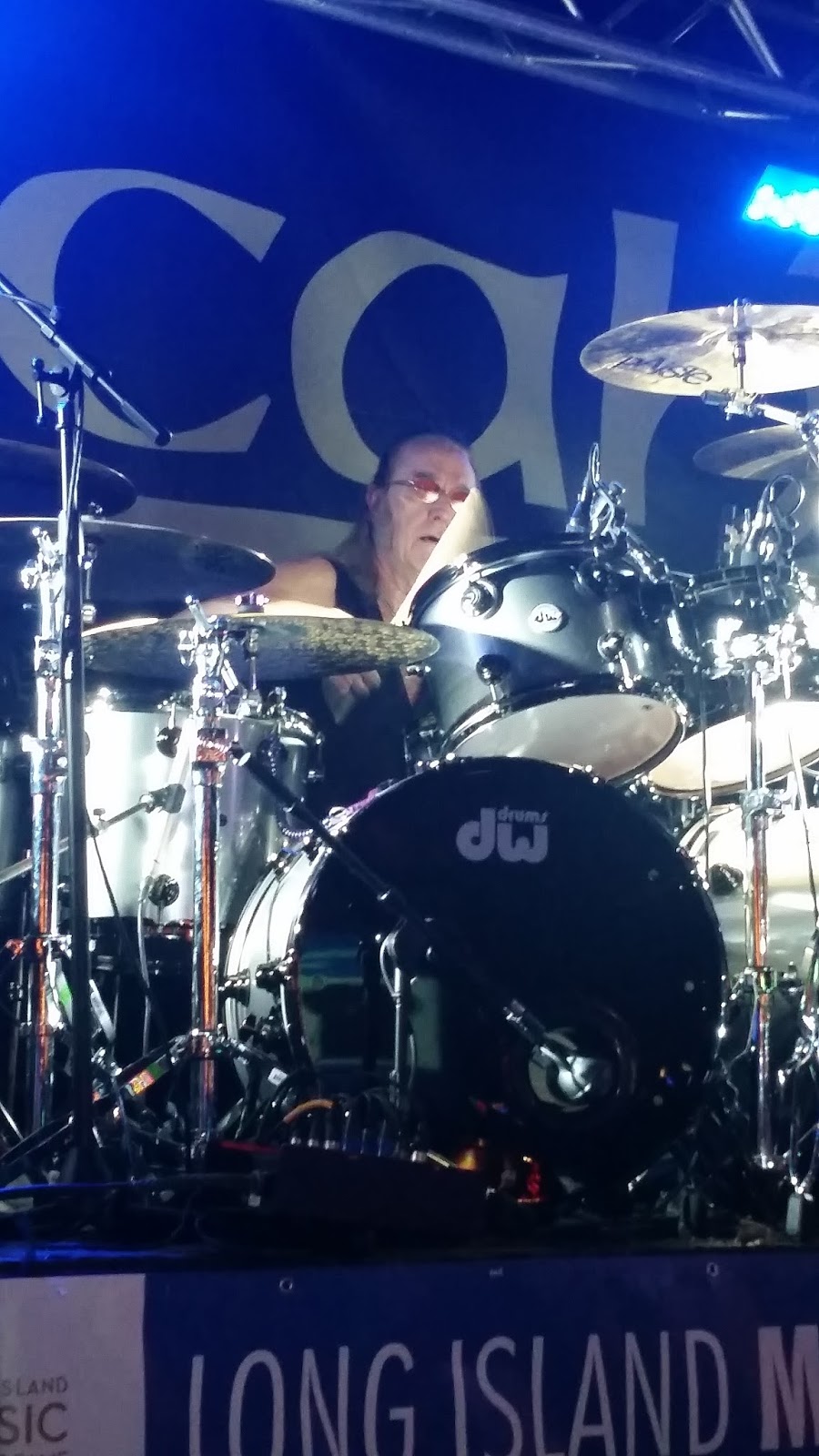 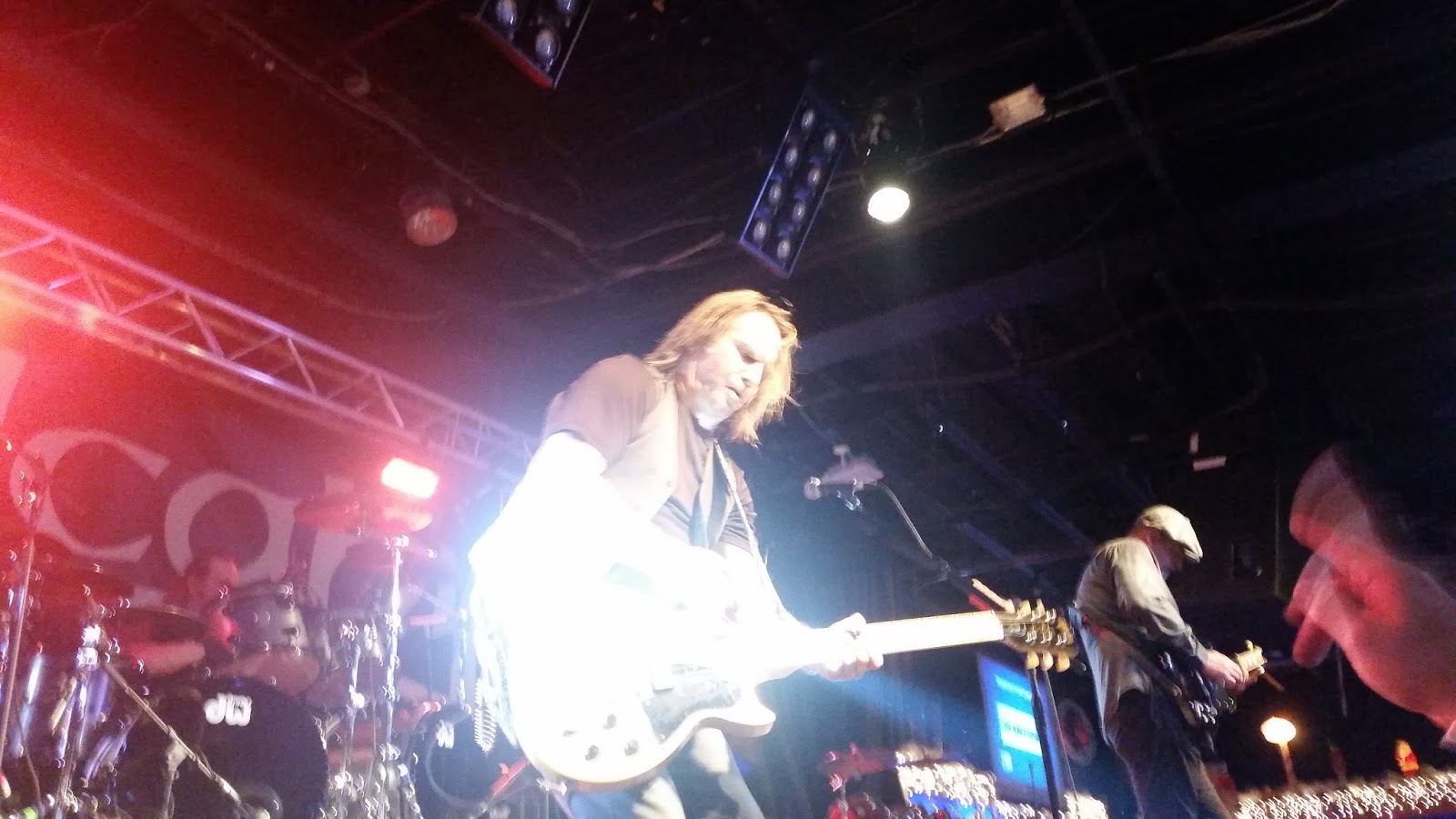 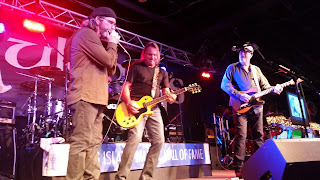 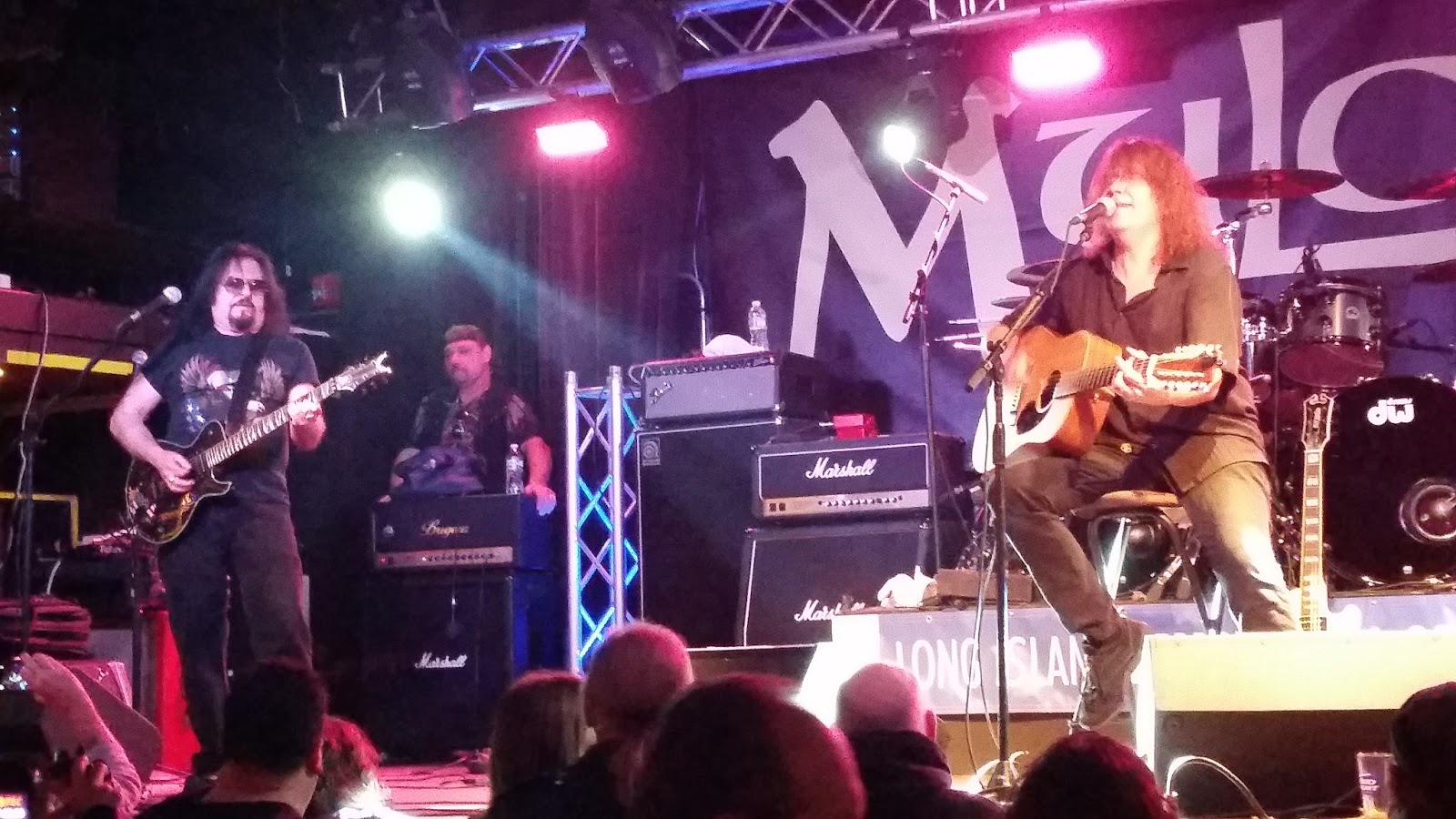 Other than Randy Jackson I cannot tell you who else plays in the rock band…Zebra.  Randy is our adopted rock n roll elder star. I can only assume he has lived on Long Island for more than thirty years.  He has played in many venues…all sizes…throughout the island.   I’ve seen him years ago at an Islander home opener, but was more excited to see Joan Jett who came onto the stage after Randy.  She looked incredible and kicked Randy’s ass.  But this is not a competitive essay.  No, this is just a few thoughts which occurred while I watched Zebra who celebrated their 40th anniversary at the Patchogue theater.

You may be wondering out there, what would possess me to see Zebra? It was the night before Thanksgiving and tickets were cheap.  I have written about them in this blog, more specifically when I wrote about WBAB and how they may be the only station who plays Zebra.  I walked into the lobby in the theater and waited to buy a ticket.  A stranger walked up to me and said, “Looking for a ticket?”  I looked at him, “I was going to buy a nose bleed.”  Here come with me he said and pulls out some tickets.  For $20 I sat ten rows from the stage.  Who cares, it’s Zebra.

But first a little background. I remember when I was in high school and spent my lunch breaks playing music in our intercom, but we referred to it as WNPT.  I would generally play the music I liked (New Age & Punk) and would ignore the metal heads although one show which I had was the Mike and Mike show.  Mike Abrahamson who I understand had passed years ago (RIP Mike) and he would play metal and I would play my music.  It was a popular show.  We had requests and one of the bands which was frequently requested was Zebra.  Tell me what you want, was the one song we would cave in and play.  Maybe it was their other hit, whose behind the door.  I was not a fan.

The Zebra story is an example of hard work and being tenacious as well as having a legion of fans who came out that night in Pathchogue.  I will add they are a talented group.  Randy had mentioned during the concert that he was grateful for their fans who came out regularly to see them in the clubs before they had a record. He mentioned Hammerheads which was a club on Long Island as well as other clubs.  He mentioned former managers as well as the one an only DJ on Long Island at that time: Bob Buchmann from WBAB.  It was Bob who influenced Atlantic Records to sign them.  The fans cheered.  One drunk yelled out, We love Zebra and the bass player non nonchalantly mumbled in his mic, we love… Long Island.  Oh, such sincerity.  The rock stars recognized their fans.  The fans cheered and Zebra in the middle aged splendor and dare I say spandex...rocked...on.

I’m curious what kind of fans Randy brings out when he plays at the small venues on Long Island.  I think most of his fans were inside the theater that night, although their faces were older and hair thinner more wrinkles and heavier, some acted as if they were still 16.  Trying to sneak beers in.  I saw one idiot get kicked out after he was warned a few times.

This was the WBAB crowd who hated new wave music and would rarely go into the foreboding Manhattan, well maybe to see Rockafella Centa.

So what did the rock band do?  How did they make it?  They played to the audience where their audience lived.  The music sounded the same.  There was the drum solo and guitar solos, the acoustic set, the poses, the rock stars were under the lights.  For moments during the show, if you closed your eyes you might have been able to pretend you too were back in 1983...the music sounded sharp and Randy was...Randy, but more important the beers you sucked down that night did not have an effect on your expanding belly or your round buttocks. 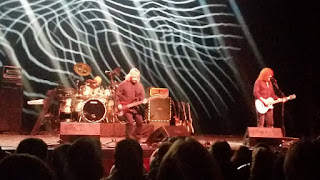