Foghat Strikes Back with a new album! 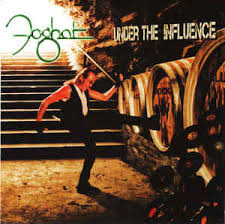 It’s amazing to think it was fifteen years ago today.  More at another time and place.  I drove up here since tomorrow my company is having a golf outing.  The last time I played golf was more than four years ago.  I don’t like leaving my house on a Sunday, but the car was a Mustang with a sweet kick and the music, Foghat was perfect for driving on any open highway.  Let me tell you a little about what I was listening to.

After three years of production, Foghat has released an impressive new album, Under the Influence on Foghat Records.  It will meet the anticipated expectations from their fans and I hope will make an impact on some younger ears.   Under the Influence was recorded at Boogie Motel South in Deland Florida.   It contains a mixture of classic rock and Southern rock. The third song on the album, a bluesy, slide guitar, a burst in the murky darkness under the shadows of a full moon is titled, Ghost, I imagined a mythical Gothic creature rising up from the dark everglades.  This was one is a hidden gem and stands alone on the album.  Sorry for going backwards, but the second song on the album is: Knock it Off.  This will be a song which will grab you and have you repeating the lines such as, “You keep pushing and pushing…I see you’re looking for trouble, well I can start some too.”  I can see this song playing in a car chase in a movie.  Maybe a Mustang making a break for freedom?  There goes the imagination.   Upside of Lonely, tells the story of a man who is living alone after his lover left him.  “I can stay up late and play my guitar, and the groceries go twice as far… Haven’t cut the grass since the middle of June.”  Heard it through the Grapevine is a crisp and original rendition of this CCR classic.  Pay attention to the background vocals from Dana Fuchs who rips this song from her heart and soul.   Honey Do List is a light piece which pokes fun at the chores all of us are obligated to do or asked to do or demanded - we complete.  The last song is to celebrate Foghat’s classic hit Slow Ride. 40 years!  There is a multitude of background vocals from fans who donated to the campaign to raise funds to record and release this album.  I could not hear them distinctly.  My hope is the next time I see Foghat they will play a few songs off this album since they should be added to their set list.  I recommend picking up a copy of this album and taking a long drive as the music blasts from the speakers.

Hey Hurricane, you can't stop a minivan on 95! 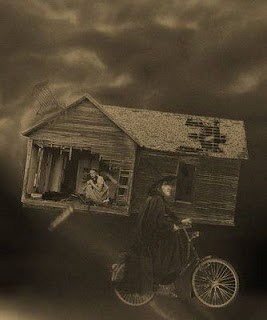 Where to start?  On Tuesday morning we woke up and drove to Disney World.  Checked into one of the value resorts, Art of Animation.  A suite was available so we dropped off our things and headed over to Epcot.

I know where to start.  We should have arrived last night on a flight, but to an impending hurricane and a state of emergency for the whole state of Florida, I felt it should be prudent. I scratched the idea of the flight and picked up another rental for a one way drive back to Long Island.  Amanda was not having any of it and tried to calm me down, but I’ve flown in similar conditions and it wrecked me, turbulence and I do not get along. I panic. But my oldest daughter being the one who has always set her own course in her life booked herself a flight back to Boston and had a pleasant flight back.  Given she was flying out hours before the predicted hurricane, and possible tornadoes which was expected to strike Florida later that night, and would affect 140 square miles, I was not having it.

As I’m writing this it’s not even a hurricane.  It may not be a tropical storm after all.  Booked a hotel on points in Richmond and made my peace with the idea of driving for half a day and into the night.

Dealing with Budget Rental was a mess.  I booked a minivan on line, but changed it to an SUV since Amanda said if she was driving up with us - she was not driving in a mini-van - she wanted something like her friend’s father.  An SUV.   It is big and comfortable.  Fine.  Made the upgrade and drove a half hour to make the pick up at a hotel in Orlando. My vehicle was not available, although I made the upgrade and asked for a pick up at 12:30.  The clerk at that Budget said the mini-van was not running properly, the check engine lights were on, and she had to have it returned to the airport. But come back at 2:00.  NO, it’s no longer a minivan…it’s an SUV and I need it now.  Can I pick it up at the airport?  Considering, I still have the minivan from Enterprise which for almost a week cost $36.00.  Thank you points.  They don't offer one way rentals.  Sure, she says.  Go to the airport.  Ever get that uneasy feeling that someone is telling you something which is wrong.  That someone doesn’t know what they are talking about and you’re going to deal with their ignorance?  That’s exactly what I dealt with at the airport.  Amanda booked her flight when there was no vehicle.  Dropped off Amanda at Jet Blue, hugged and said I loved her though she was pissed since I snapped at her and Ali. Want to fly?  Go ahead.  I’ll drop you off and drive up by myself…and Bella, she was the happy camper since we were driving.  This is the best vacation ever!  Dropped off the minivan at Enterprise and walked to Budget.

I waited 25 minutes to get to the counter in the garage, car alarm going off, waiting...I assumed I would pick up an SUV and drive away.  I pre-booked it.  Makes sense.  Get up to the counter.  No, I need to go into the terminal and pick up the key.  Trudge downstairs, my family behind me while Ali is checking for earlier flights since we called Delta and there was no answer nor call back.  She wanted to fly.  Emma – wanted to fly and I think Joe as well.  Mainly it was Bella and her six foot four father who was not having it.  I didn’t want our jet to twirl in the sky like one of the houses in the Wizard of Oz.  So my imagination was creating this mess which was being gorged on by constant weather reports.

So, I wait in Budget line in the terminal for another twenty minutes, but I notice one guy on a radio controlled microphone.  After each booking he was talking to someone in the garage.  This guy could help. I ask Ali to speak to the man and explain the situation.  My beautiful wife speaks to the man and I’m called over.  Within ten minutes we were out of there and I received a hundred dollars off the bill for the inconvenience.  It was also a hundred dollars more due to airport taxes.  I drove off in a minivan.  It was cheaper and Amanda was flying.

By 3:30 we were on the road.  By 7:30 we had dinner at a Cracker Barrel close to Savannah Georgia.  Topped off on gas and bought a six pack of Terrapin Beer which is only sold in Georgia.

Through much of the night it rained and at times it was heavy.  We crossed through South Carolina, North Carolina and finally into Virginia.  The signs for Richmond on 95 were daunting, Richmond 175.  A little after 2:00 this morning we pulled into the parking lot to the hotel, got our key and headed to bed.  We were shot.  I was up before 7 and went out to get our bags so we can take showers and clean up before the drive back.  After breakfast, we loaded up and drove off.  By 11:30 we were in Maryland and picked up some food.  We stopped for gas in Jersey and made a bathroom break at another rest stop in Jersey.  Just after 5, we pulled into the in-laws.

I drove all the way as a penance for my decision not to fly. I apologized a few times on the ride up that I behaved irrationally.  I know Ali was pissed off at me and we barely spoke on the drive.

I was lost in the music, singing to songs from the ‘70’s and 80’s and whatever else I found on the satellite radio.  That was a game changer.  I haven’t heard some of those songs for decades, but can’t shake off Donny Osmond’s Look away little girl.  Give it a listen on YouTube and it lock itself into your soul.